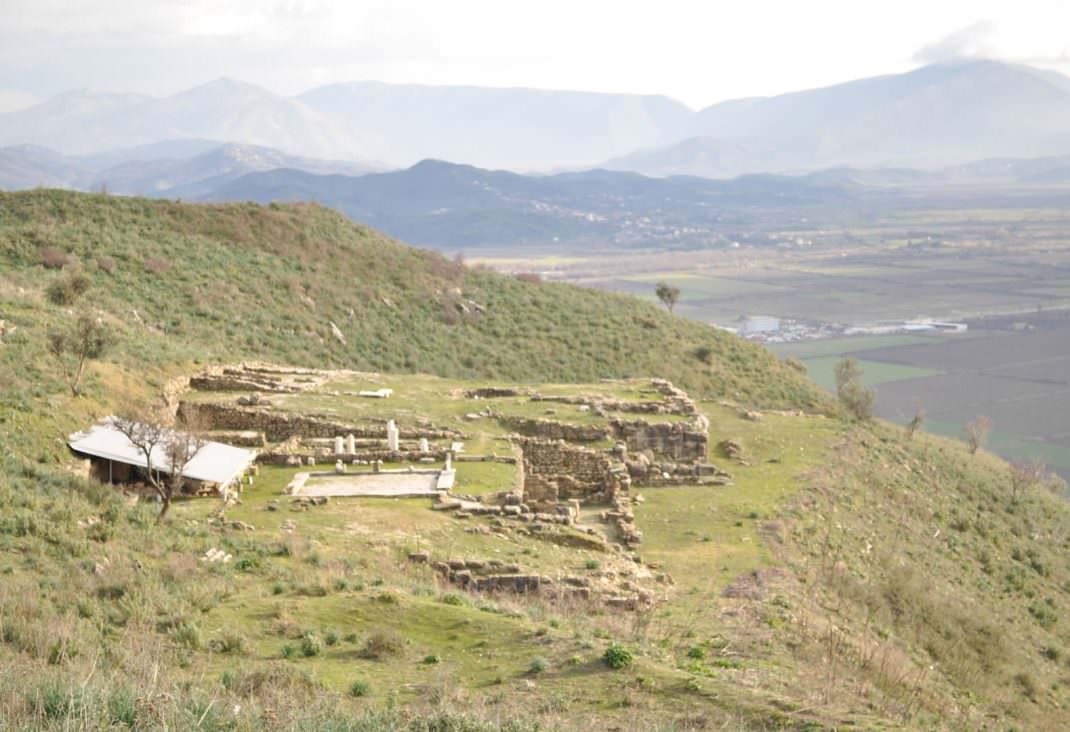 The ancient city of Phoinike is located on the top and on the southern foothills of the hill which has the modern name of the Mali Finiqit. The hill reaches height of about 272 m above sea level. The plain to the south connects in a natural way to Lake Butrint. The plain to the north is limited by the mountain chain called the Mali Gjërë. The chain separates this valley from the river Drinos valley where was once the border town of Epirus and Caonia, Antigonea founded by Pyrrhus the Great. The river Drinos assures the communication with the Vjosa valley, to Apollonia at the Adriatic. The city of Phoinike is located at a short distance from the Ionian Sea (about 8 km). Its natural outlet was the Gulf of Onchesmos, ancient name for the modern city of Saranda, still one of the main access points to the area. The city was the political center of the Chaones, one of the three major Greek tribes in ancient Epirus. From the second half of the 5th century BC, an acropolis was erected, which hosted a number of public buildings, while at the end of the next century the fortifications of the city were expanded as part of Pyrrhus, leader of united Epirus, defensive strategy. It was also the location of the Treaty of Phoenice which ended the First Macedonian War, as well as one of the wealthiest cities in Epirus until the Roman conquest. The city vanished after the 6th century and the urban center of the area moved to nearby Mesopotamos. A revival of the city came under Justinian who moved the town from the plains that became uninhabitable, to a higher altitude. This high ground, as can be seen from the archaeological evidence, could well be the same hill inhabited in former ages, mostly at the eastern end.