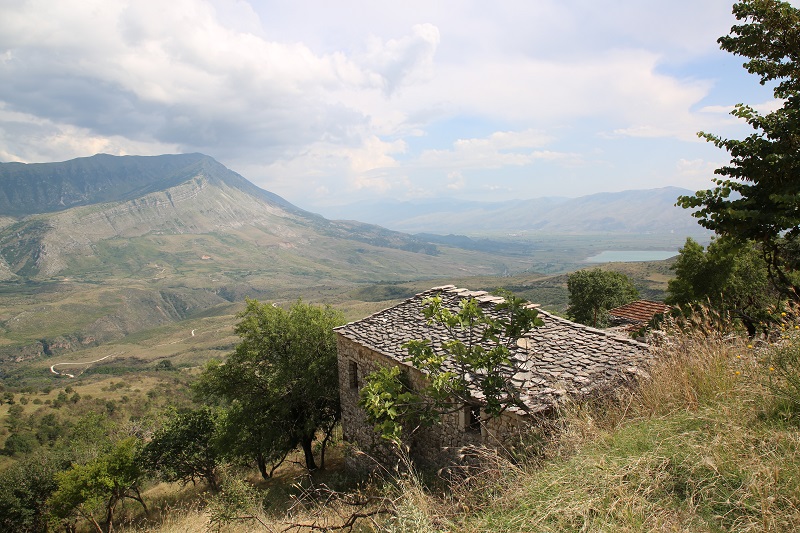 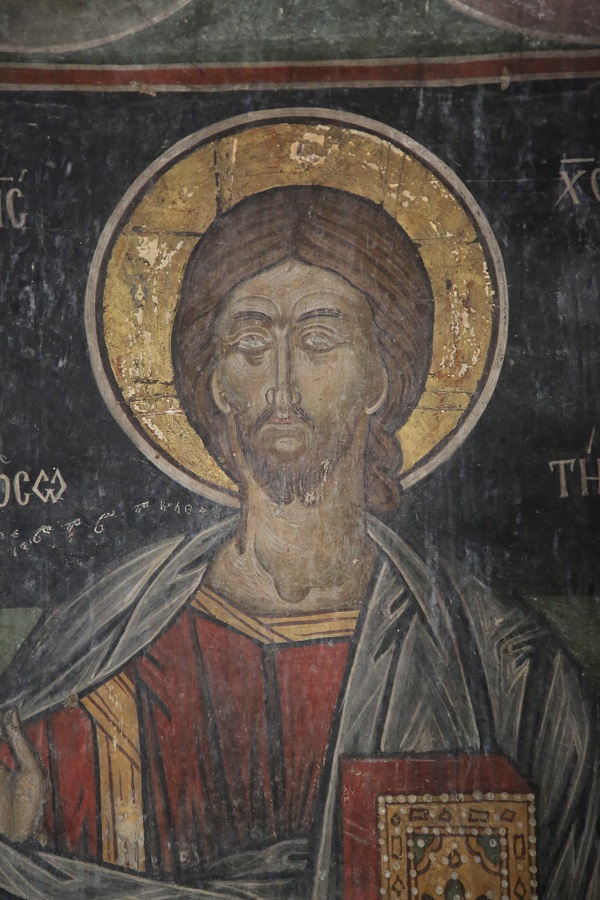 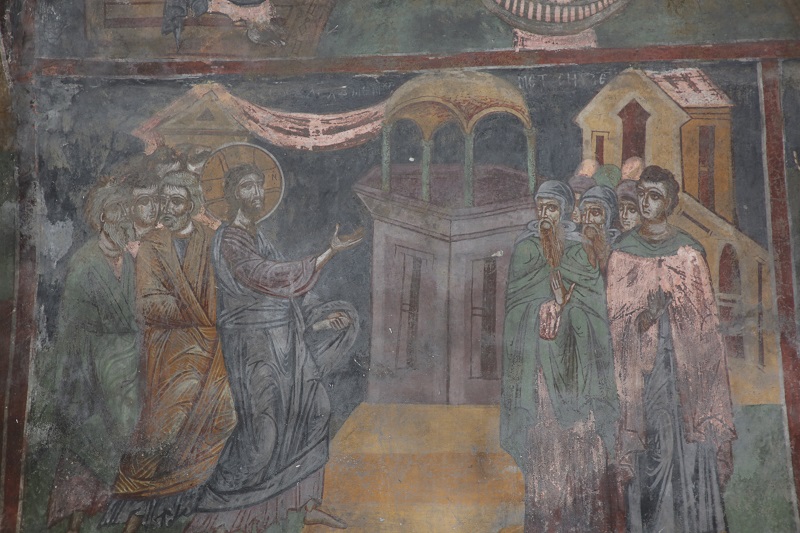 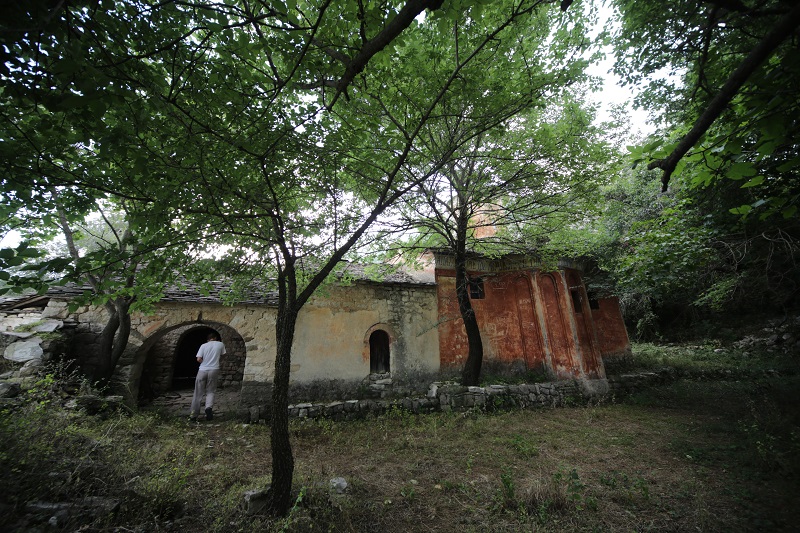 The church was built in the upper part of the village in 1624 and is one of the best-preserved churches in the area. The frescoes, which are still well preserved, are works of Constantine, the son of Michael of Linotope and his student Nicholas and were made in 1653. Even the parts of the carved iconostasis are still preserved on site. Some important partial reconstructions were made in 1671 or 1672. The building is surrounded by walls, that are mostly preserved.
The church has a cross-domed layout with three apses and a narthex, and although small, the church has a quite high elevation. Its roof is supported by four free standing columns.