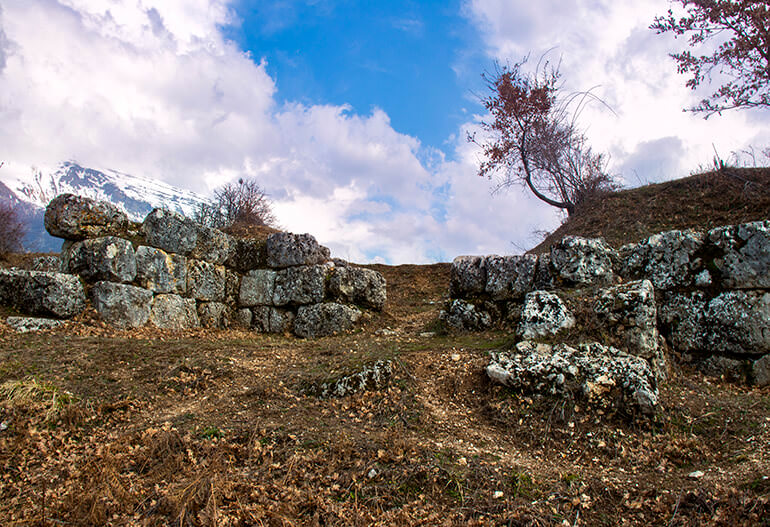 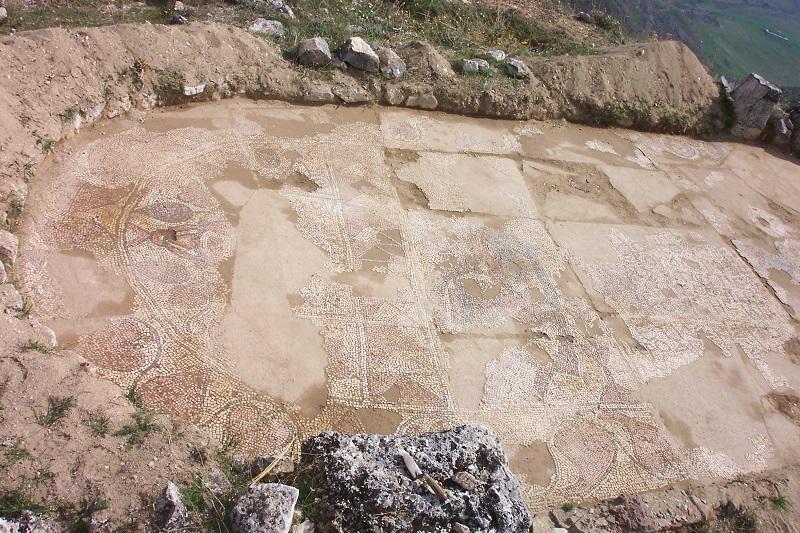 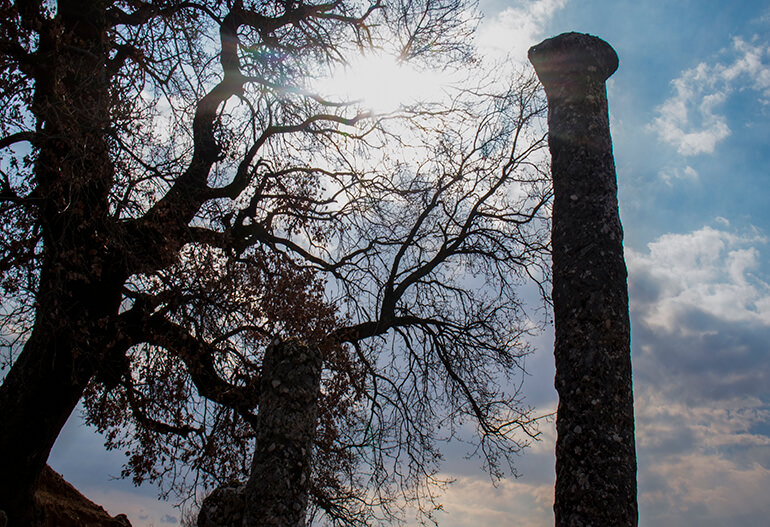 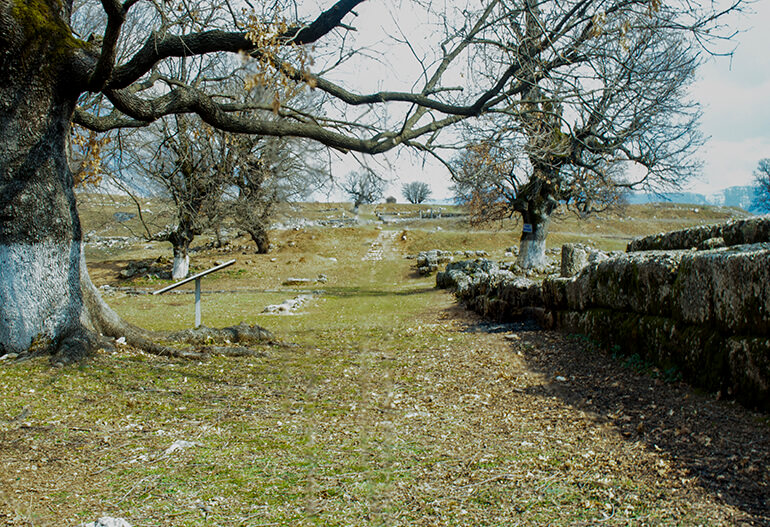 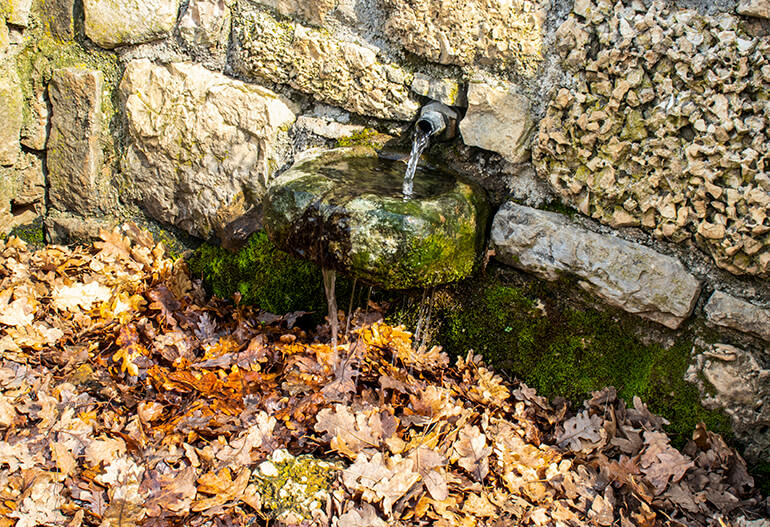 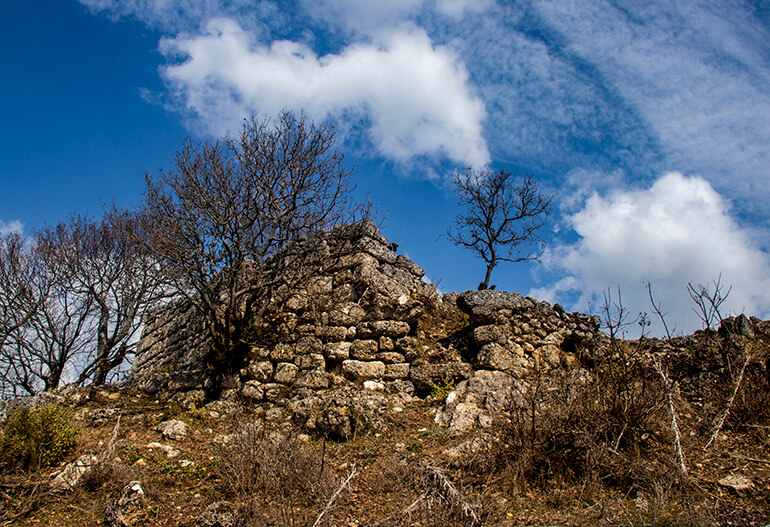 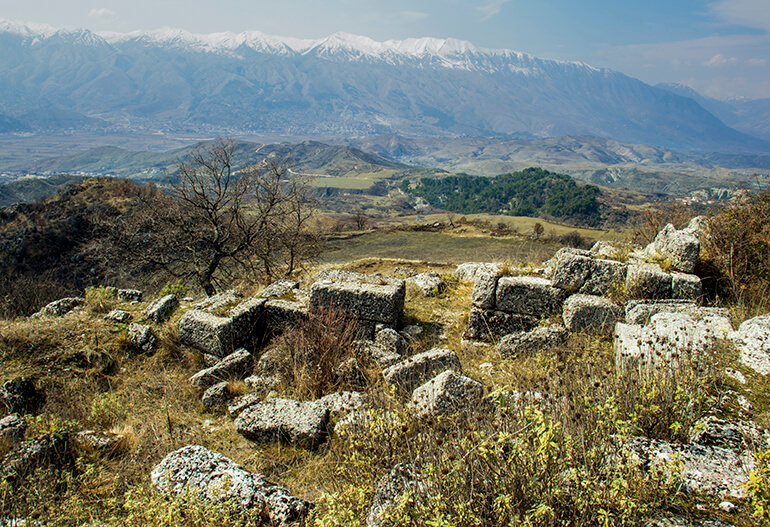 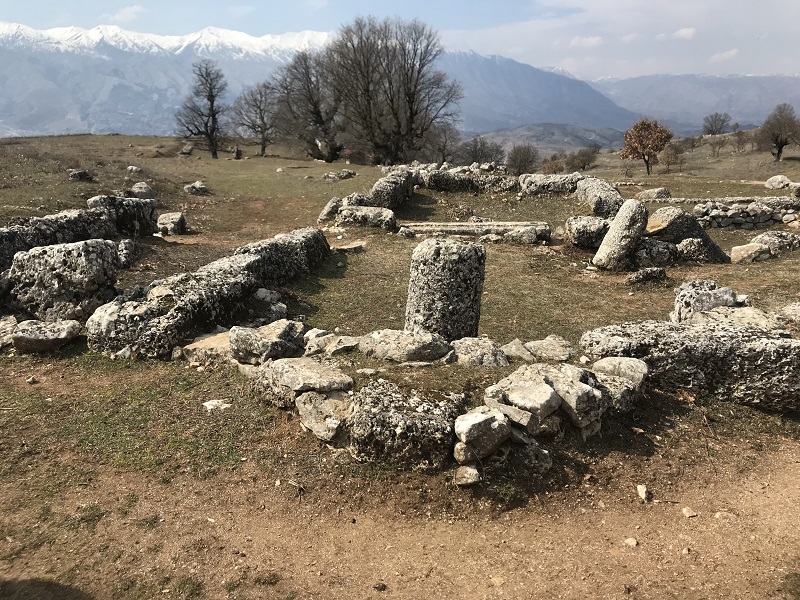 Antigonea was built in the year 295 BC by order of Pyrrhus, King of Molloses, in honor of his spouse Antigonea.

Antigonea is one of the largest ancient cities in the territory of Albania and the most important ancient settlement of the Drinos Valley. The settlement lies within the 3rd century walls and has an area of 45ha, while the territory of the archaeological park is over 90ha.

There have been various hypotheses about the location of Antigonea until archaeological excavations of the 1970s provided credible evidence of this. The city was named after Antigonea, the first wife of King Pyrrhus.

The city was fortified with thick walls at the beginning of the 3rd century BC. However, the presence of an earlier settlement that was subsequently renamed by Pyrrhus, cannot be ruled out.

The city dominated the wealthy rural area of the Drinos Valley, and to protect the entire territory, it had other suburban fortifications: The Lekli fortress to the north, Labova to the east and Selo to the south.

The fortified perimeter can be fully tracked, starting from the park entrance. To the right of the entrance, in the north part of the city, there is a hill called “Acropolis”. In fact, Antigonea has never had a true acropolis. At the highest point of the hill, the post-medieval church of St. Michael is to be found.

The area within the city is flat and the intense archaeological excavations of the 1970s have exposed much of the inhabited area and road network. Like most ancient cities the road system is “hypodamic”, with parallel north-south roads intersecting with east-west ones. The most important roads end at the city gate. The north-south roads are wider and more important, and are equipped with wide sidewalks. Rainwater drainage channels are also visible in some roads. The most important road in the centre of the excavated area is named after Dhimosten Budina, the archaeologist who excavated the site.

The ruins of a medieval church (IX-X century) have been discovered at the main crossroad. It is a small church which was built after the ancient city and the old urban system were destroyed.

The roads bordered the insulas (residences blocks). Part of the dwellings have been fully discovered by archaeological excavations. The dwellings are of “peristyle” type or with an inner courtyard with colonnades, surrounded by living and working areas.

It is quite visible that the dwellings walls were built of carved stone blocks only at the bottom, while the upper part was probably of raw bricks (adobe). This explains both the preservation of the walls only at the bottom and the lack of building stones in the excavated archaeological layers.

Archaeological findings at workplaces (craftsmanship) have provided evidence of the economic activities carried out by the residents. For this reason, some dwellings have received conventional names such as the currier’s house, the handloom weaver’s house, or the coachman’s house, in which an iron chariot wheel has been discovered, a very rare archaeological find in itself. Archaeological excavations in Antigone have revealed many interesting objects, including bronze ones. The bronze figurine of the sphinx is probably the most interesting one. Other important findings are bronze keys with the city’s name stamped on them. According to archaeologists, these were used by citizens for voting. The discovery of these keys proved Antigonea’s location.

In the western part of the city, in the most beautiful area view above the Drinos Valley, is the agora, the city centre. The agora is bordered on the north side by a stoa (promenade), which is the most important public structure within the city walls.

Outside of the walls, there is another newly discovered monument on the slope of the hill. It was built of framed stone blocks and has two areas that communicate with two gates. There are two hypotheses regarding the function of this building. The building may have been a monumental tomb or a cistern. It dates back to the III-II centuries BC.

Outside the city walls, approx. 250m from the south gate it is another stoa. This is characterized by a polygonal bottom wall, which also serves as a terracing wall.

The stoa is one of the last monuments discovered in Antigonea and dates back to the III century BC. It has a length about 70m and has pilasters with stone blocks on the front that supported the roof. It may have been used by the city as a market where the villagers brought their products.

In fact, the stoa forms the bottom end of a long terracing wall that runs to the southernmost part of the city fortifications.

Although Antigonea is not mentioned in historical sources as a settlement in late antiquity (IV-VI century), archaeological records indicate that it continued to exist at this time. The best evidence is a church of this period. The Early Christian church (V-VI century) is located on the southernmost part of the fortified area of the city. It is a small but very unique church for the territory of Albania because of its architecture. It is a triconch church with a nave and there were auxiliary facilities on its sides. The church altar area has a polychrome mosaic floor that is still well preserved on site. The mosaic is divided into three parts and contains some inscriptions. The braces are geometrically patterned. The central part is dominated by a figure of a man with an animal head. The semi-circular southern part represents a marine scene with fish and other marine animals, while the semi-circular northern part has a more common decorative motif in ecclesiastical contexts: a cantaloupe from which vine branches emerge. Marble architectonic pieces, stucco decorative fragments as well as part of painted plaster were also found in this church.

Visitors who want to further explore the surrounding area can exit the southern gate and, after crossing the stoa outside the walls, reach the remains of the abandoned village of Ladovishte a few hundred meters away. The most important remain of the village is a damaged and partially rebuilt church.

The city survived less than 2 centuries, burned within a night by the order of the Roman general Aemilius Paulus, as revenge against Pyrrhys. The ancient city of Antigonea is situated between two peaks connected by a narrow pass. The peak in the northern part is 700 m high above sea level and has a small field on top, while the southern peak is 600 m high and is formed by a series of folded terraces.

What distinguishes Antigoneia from most other ancient cities is its quadrangular and quite modern urban plan. The ancient city was surrounded by solid walls about 4000 m in length, protecting the city on all sides. The highest hill is connected with the settlement by a 4 m wide corridor between two parallel walls. The latter are 3.50 m thick and up to 3 m high. The fortifying walls and those of majority of houses discovered until now are made of huge and medium size blocks of lime stones extracted from the mountain of Lunxhëria. The surface area of the city, within and outside fortified walls, is estimated to be about 60 ha, while the Archaeological Park has a total surface area of 90 ha.

The identification of the location of Antigoneia was disputed for decades. The main credit for its discovery goes to the Albanian archaeologist Dhimosten Budina who, during excavations made in the 70s, managed to find some silver voting cards with the emblem of Antigoneia. The city was further identified by a number of round bronze cards bearing the inscription “ANTIGONEIA”. The archaeological excavations organized by Dhimosten Budina revealed at least 10 private objects, roads paved with slabs, sewage water pipes and pavements, as well as a tunnel which comprised one of the buildings of the market. The main road, about 6 m wide, traversed the city in a distance of at least 1 km, from northern to southern entrances.

According to archaeologists and experts of antiquity, the Drinos valley in Gjirokastra district has an extremely high number of archaeological sites and ancient settlements. Thus far, about 20 sites have been identified, including ancient cities and fortifications, monumental tombs, ancient temples, and theaters. They stretch from the extreme south of the valley on the frontier with Greece, up to Lekël in the northern part of the valley. In this context Antigoneia is undoubtedly the main center of the area’s ancient civilization.
Antigoneia is situated at a dominant point on the hill of Jerma, southwest of the village Saraqinishtë, 14 km by road from the city of Gjirokastra.
The park is open every day from 8.00-16.00. The ticket is 200 ALL.
During the National Festive days, the entrance is free.

Map of Archaeological Park of Antigonea