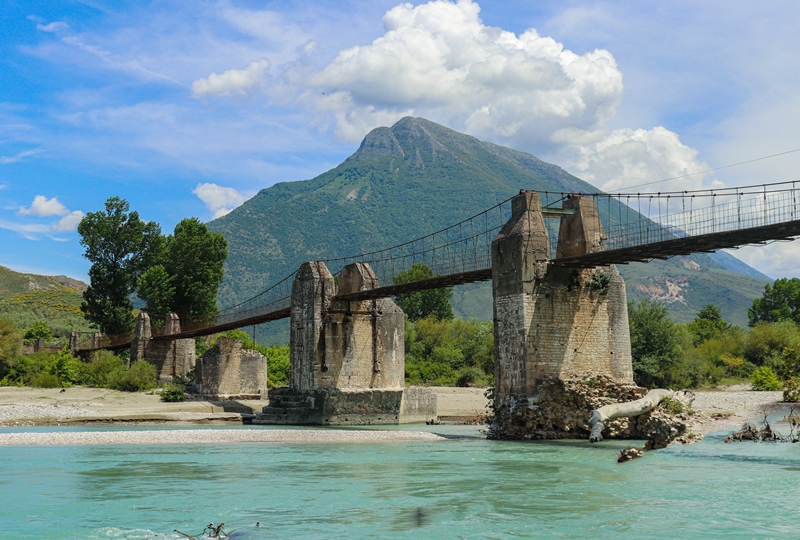 This ancient-medieval bridge below the Castle of Tepelena is situated on Vjosa River. It is widely known as Beçishti Bridge. The bridge has traces of Roman period, second half of 1st century BC. During medieval times it was rebuilt on the roman basement. It was restored by Ali Pashe Tepelena, in XVII, AC. The bridge is 260 m long. The Becishti Bridge, rebuilt in Ali Pasha’s time connects Tepelena with at least seven villages. The village of Becisht is the birthplace of Ali Pashe Tepelena. You can find the ruins of his house even today in the village.
Ali Pasha built many castles, bridges and aqueducts which are still very strong and resisted for hundred decades.