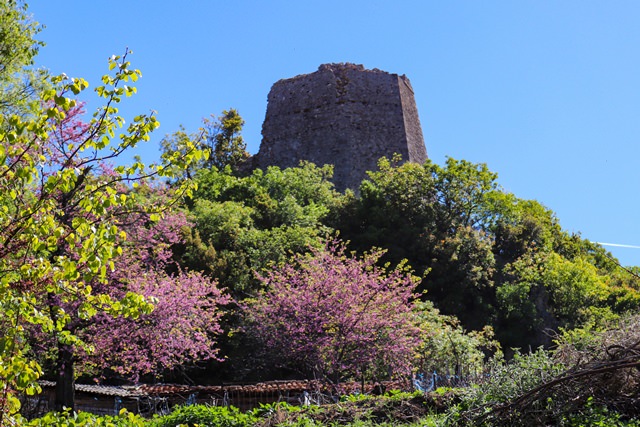 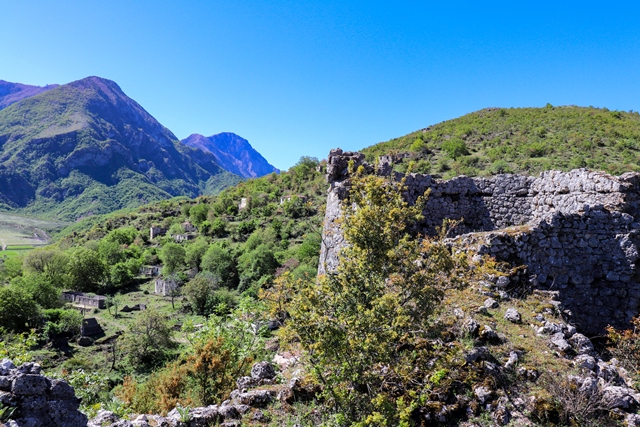 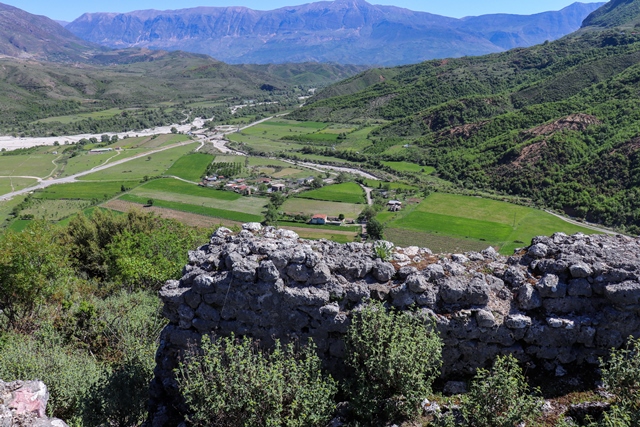 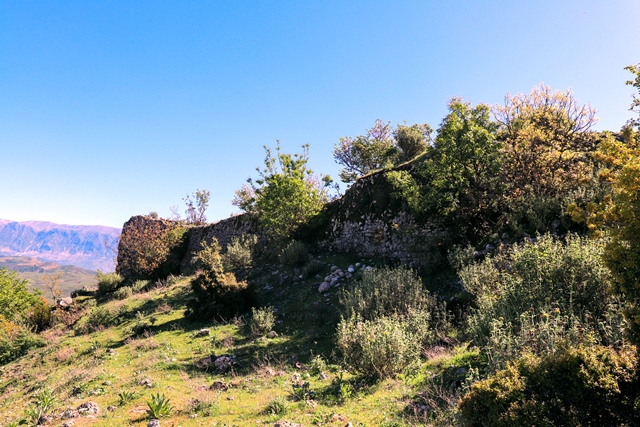 Kardhiq was a large open town, with a fortress, similar to Gjirokastra, but smaller. It was a self governing, wealthy and controlled the trade routes over the mountains. Ali Pasha wanted to control this territory, but he wanted a reason. That time it happened that Kardhiqiotes had captured his mother (Hanko) and his sister (Shanisha) and raped them. Ali Pasha who was very powerful that time got his revenge to this town. He not only took the control of the place but he massacred more than 700 men from the area, and their wives and children sold into slavery. He burned the Kardhiq and Hormove houses. The fortress was rebuilt again, but the town declined following Ali Pasha atrocity and all the people remained moved to Gjirokastra. The remains of the town can be seen on the slope opposite to the fortress. Walls of houses and stumps of Minarets are all visible.

Map of Kardhiq valley and fortress