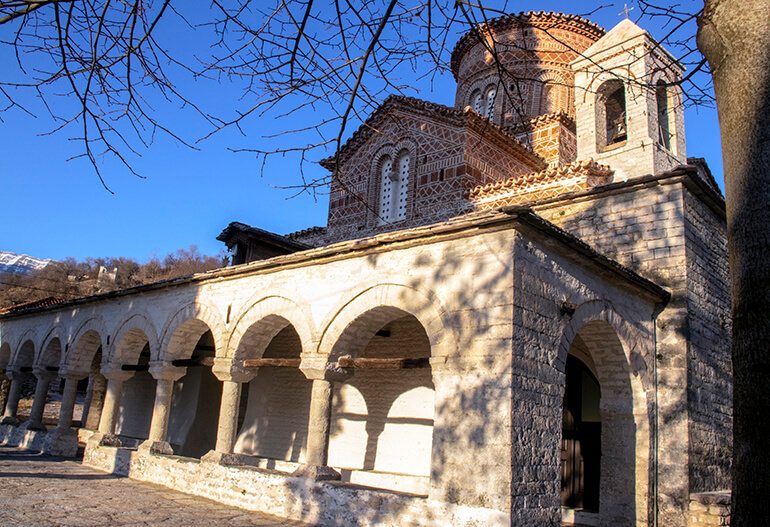 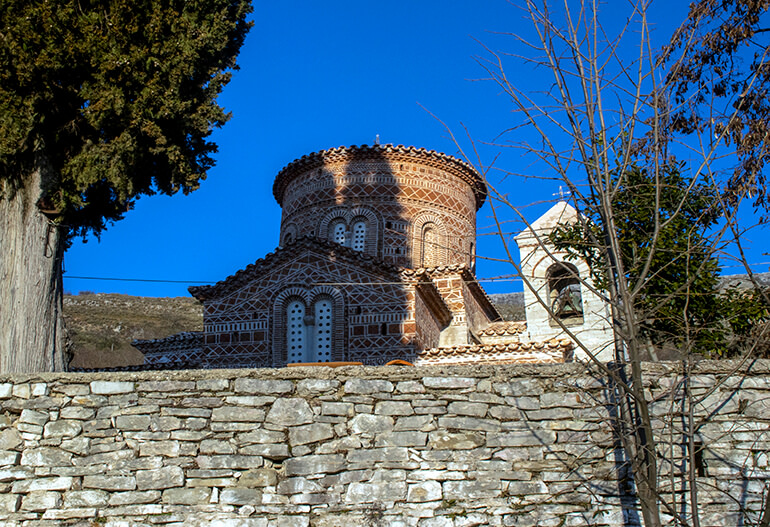 In the village of Labove e Kryqit, located near the small town of Libohova, is one of the oldest and the most beautiful Byzantine churches in Albania, dedicated to St. Mary. The Church was built in 554 in the time of Emperor Justinian. According to legend, a man from Labova, named Konstandin Laboviti, was a high commander in Justinian’s army. He was so brave and courageous, that one day Justinian offered to reward him with whatever he wanted. He replied: I want you to build a church in my birthplace, Labova village. Justinian agreed and sent the best craftsmen to build the church. Four years later Justinian directed that a Golden Cross, made of pieces of wood from the Jesus Cross, be enshrined in the church. The Cross was covered with 600 gr of gold. It remained part of the church for centuries, but was stolen in 1989 during the civil unrest in Albania. Because the importance of the Cross, the village took the name “Labova of the Cross”.

The church structure deteriorated, but was restored lately by the Ministry of Culture. The building is typically Byzantine with a high central cupola, and a nave and aisles arranged in a cruciform plan. A later narthex provides the principal entrance. There are nine distinct levels of fresco painting on the interior walls. Although the original foundation dates to the years 527-565 during the reign of Emperor Justinian, some historians say that the church was modified and what we see today looks more like a 13th century structure. However, the people Labova reject this view and maintain that the Church as a whole dates to the time of Emperor Justinian .

Every 8th of September, the Day of St Mary is celebrated in this church. People from throughout the region come to be part of festivities. To reach Labova of the Cross, travel south on SH4 about 11 km from Gjirokastra. Turn east on SH96 toward Libohova. Labovë e Kryqit is a few kilometers further on, after the road regains an asphalt surface and enters the village. The journey takes around 40 minutes. The ticket is 200 ALL, or you can leave your contribution to the church money box in the entrance of the Church. It is open all the day, just make sure to ask for the key the owner of bar &restaurant in the center of the village.

Map of Labova of the Cross