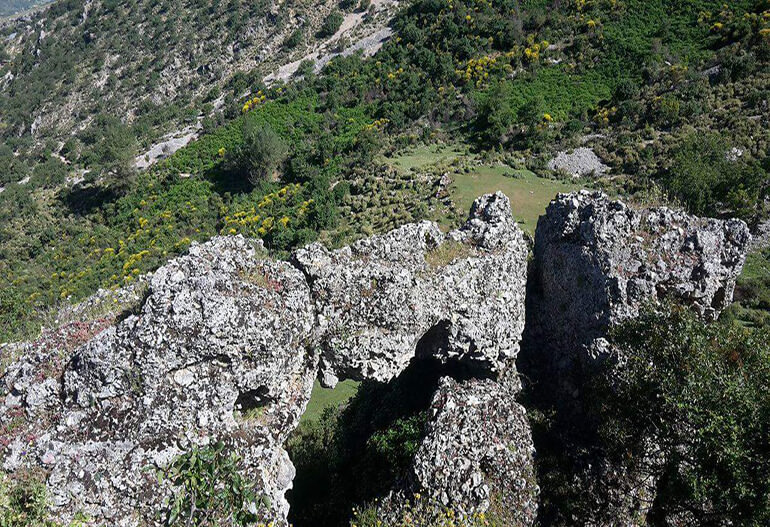 Lekli Castle
Lekly Castle is another cultural monument of first category protected by state. It belongs to IV century p.es The Lekli Castle stands on the hill called Shen Mehill in west part of Golik Mountain. The rocky hill where the castle is situated is chosen for its strategic position to control all the paths and roads linking Illyria with Epirus, which are known in antiquity as the Straits of Antigonea. These are mentioned in the wars of end of 3d -5th century p. e s. From Lekli Castle it was easy to control the north entrance in the Drinos Valley of all the war troops. The Lekli Castle has attracted the attention of different archaeologists such as Hamondi and Ugolini which visited it in 20th century. Albanian archaeologists have also started excavation close to Lekli castle in 1948, and this continued until they discovered the city of Antigonea by Dhimosten Budina in the hill of Jerme, Saraqinisht. Antigonea was a complete and powerful archeological site, and from that moment the Castle of Lekli was left behind and no further excavation works has been done. Yet there is no clear view of the shape of Lekli Castle.