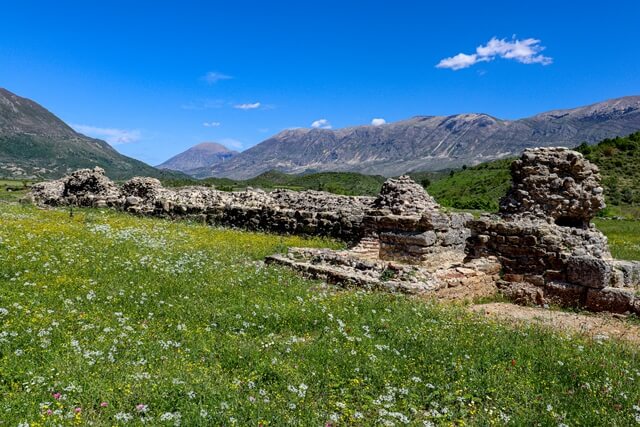 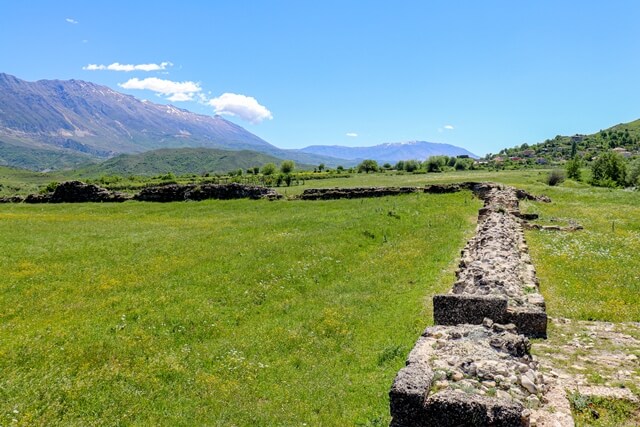 Paleokastra is a castle situated in Gjirokastra. Its name means old castle. Paleokastra is probably one of the few roman military installations in the area of the Balkans and thought to be built in 4th century AD, at the time of Emperor Constantine the Great (272-337 AD), to house a cavalry company. The walls collapsed but the rectangular shape of a typical roman fortress is still visible, and can be seen with angular corner towers and a single gate to the west. Excavation have shown that it remained in use well into the 6th century AD and later additions include two small churches built within the walls. The castle was built in this place to guard both, the river as well as the entrance to the Kardhiq valley through which ran the main roman road to Saranda and the coast

How to go there?  The distance from Gjirokastra to Paleokastra is 30 minutes. You take the road from Gjirokastra to Tepelena. After 20 minute drive, you will be to a crossroads on the main highway. The right one goes to Paleokastra, while the left to Kardhiq Valley. You enter the road on the right, do not turn to Paleokastra village, but carry on along the unpaved road. After 10 minutes you will see the fortress of Paleokastra. The view is fantastic and you can enjoy this trip thinking back for the old time, when this castle served as a strategic point.