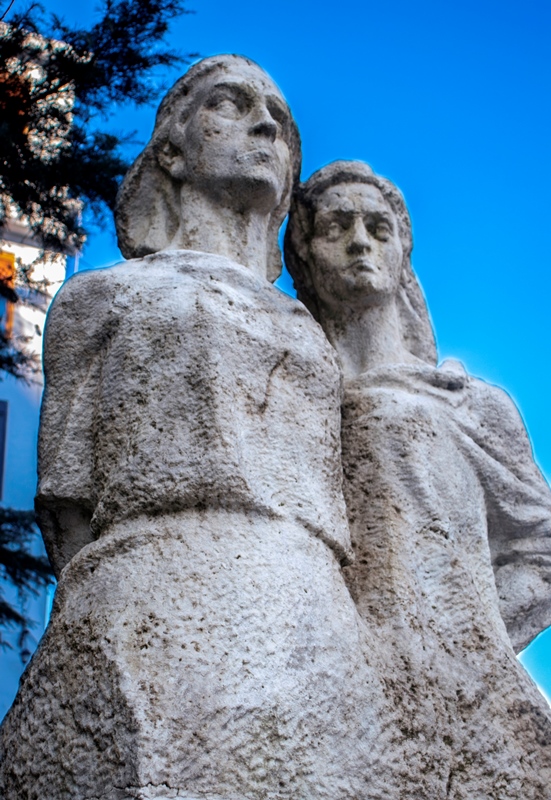 Partisan Heroines monument in Gjirokastra, pays tribute to two young women, Bule Naipi and Persefoni Kokëdhima, who were partisans during World War II, and were hanged by the Nazis in 1944.

In the corner of Çerçiz Topulli Square is a white stone sculpture depicting two young women standing heroically with their arms bound behind them. They are known as the Hanged Women of Gjirokastra. Both women were in their early twenties when Albania was invaded by the Fascists and they took up arms to drive the invaders out. Bule was born in Gjirokastra and she has another monument in the Dunavat area of the city. She was a member of the youth group of Qemal Stafa. Persefoni is thought to be from Qeparo, rather than Gjirokastra. The two young partisans were caught by German forces and hanged in the public square where the statue is now