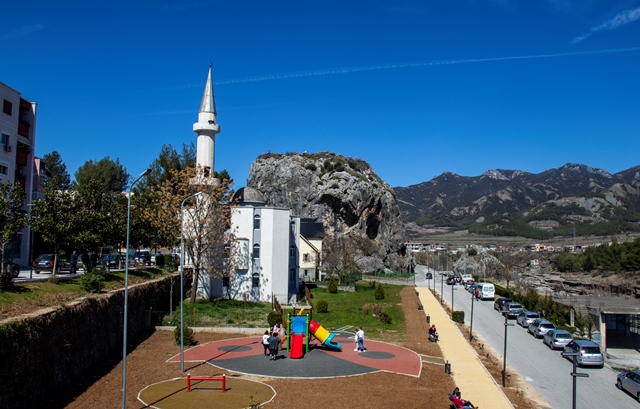 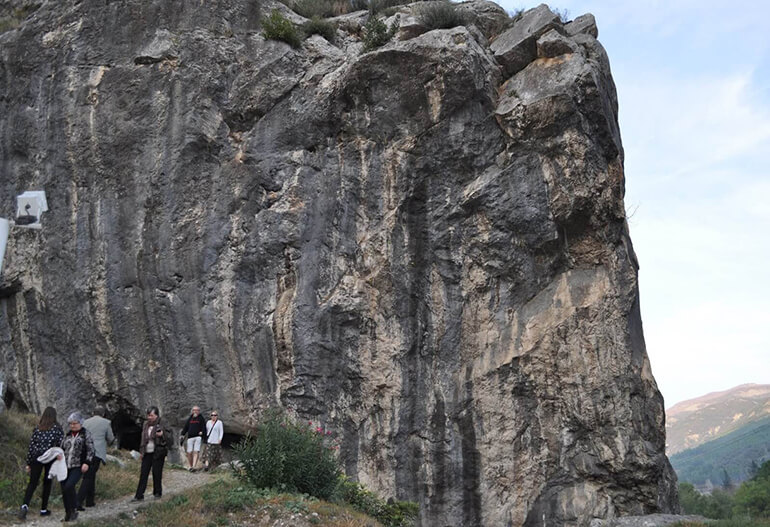 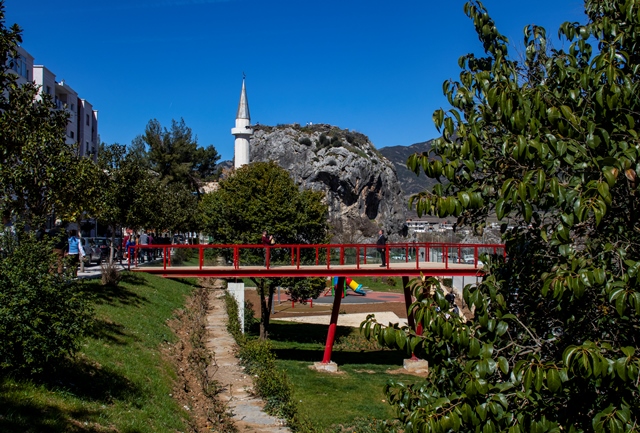 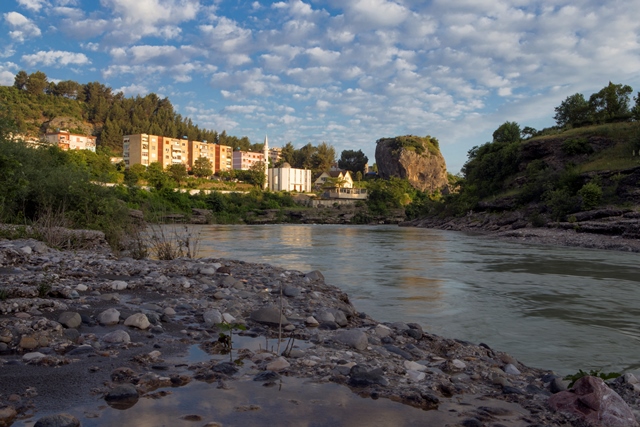 The Stone is a prominent rock formation located within the city. It measures 42 meters high and the top surface has an area of 650 square meters. The archeological site at the top of the City Stone may date back as far as the 4th century. Local historians claim that the old limestone fortification was used as a signaling point for a military garrison, and today some remnants of the fortress walls remain intact. Stories about the City Stone have been passed down in Permet from generation to generation. Many believe that the town of Permet was named after a hero from Middle ages who was called Premt. According to the legend, Premt was the ruler of the fortress on top of the City Stone. When the town was invaded Premt threw himself from the Stone rather than suffering death at the hands of the enemy. Today the City Stone serves as symbol for the city of Permet, and its rich history will be preserved well into the future.