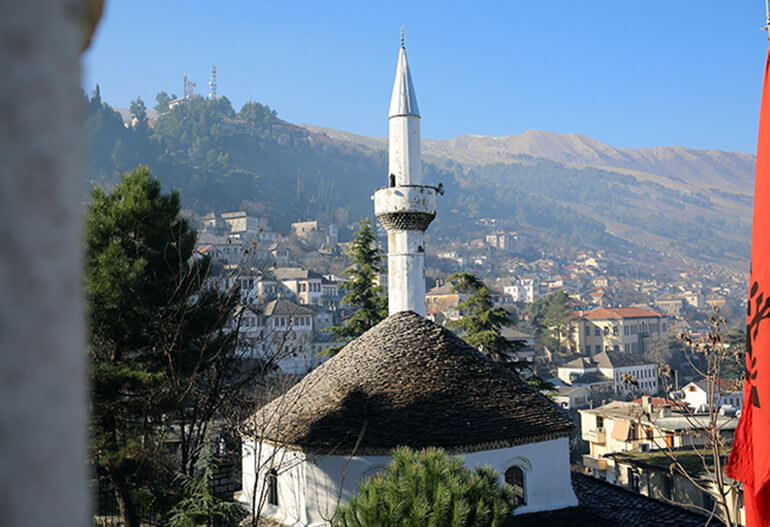 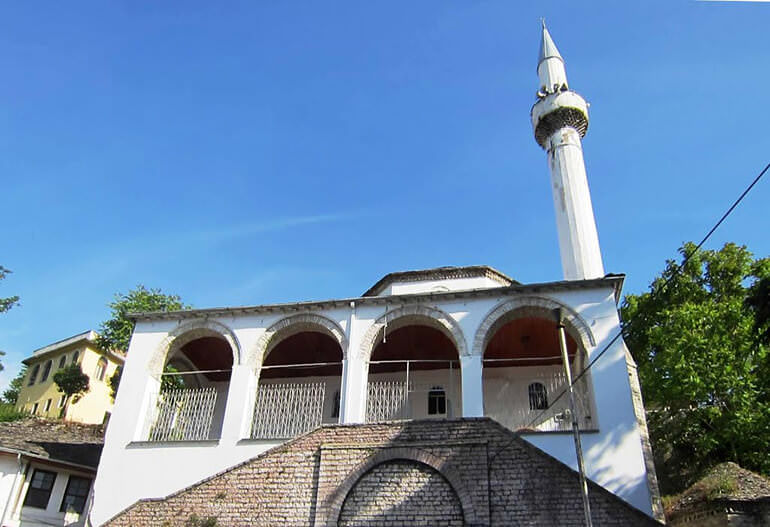 The Old Mosque is located in the Old Bazaar of Gjirokastra. The mosque in the Old Bazaar is open daily. Admission is free and visitors are welcome. The best time to visit is about 15 minutes after the five-times-daily call to prayer, when the imam is present. It is thought that this mosque was spared destruction by the communists in the late 1960s because of its status as a cultural monument. However, the other twelve of the thirteen extant mosques in Gjirokastra were destroyed during this period. Although spared from destruction, the mosque was used as a training hall for circus acrobats who made use of the high domed ceilings to hang their trapezes.

The mosque was built in the 17th century as part of Memi Pasha’s plan for the Bazaar. The octagonal-shaped building on the west side is used for the ritual washing of hands and feet before the faithful enter. According to religious custom women pray separately from the men and have their own entrance. The area underneath the entrance portico used to be occupied by shops. Money collected from the merchants was a source of income to support the maintenance of the mosque.

The largest room inside the main door is used for prayer. The indentation in the opposite wall is the mihrab, where the imam stands oriented towards Mecca, the direction to which Muslims turn when they pray. The small staircase (Minbar) to right of the imam’s place is where he delivers his weekly message during the midday Friday prayers. Access to the minaret, which has 99 steps and represents the 99 names of God as given in the Qu’ran, is in the corner. Nearby you will see a yellow building that looks a bit like a mosque with its domed roof. This two-story octagonal building, constructed in 1727, used to be a Bektashi tekke. It was closed down during the communist period. Today it is a madrasah (Muslim school).

Map of The city Mosque