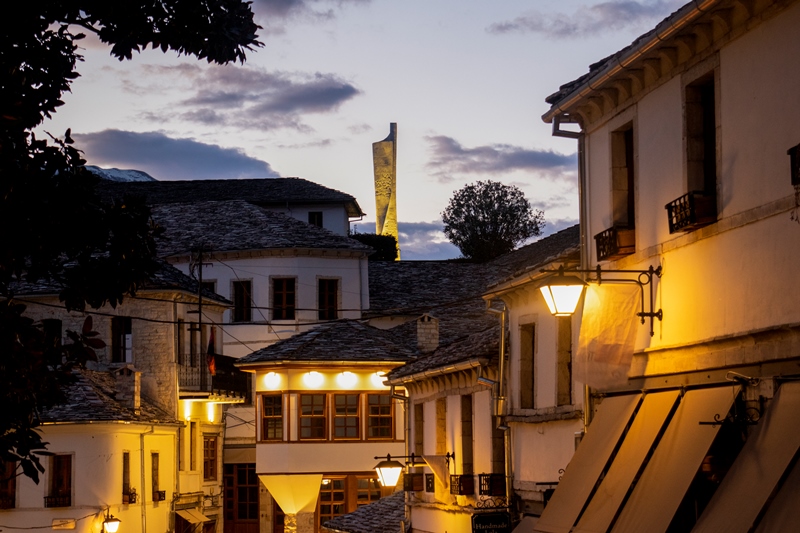 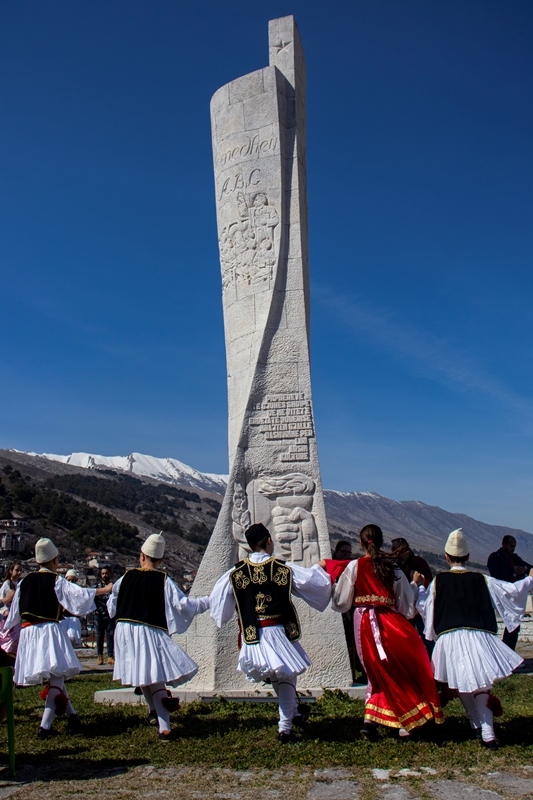 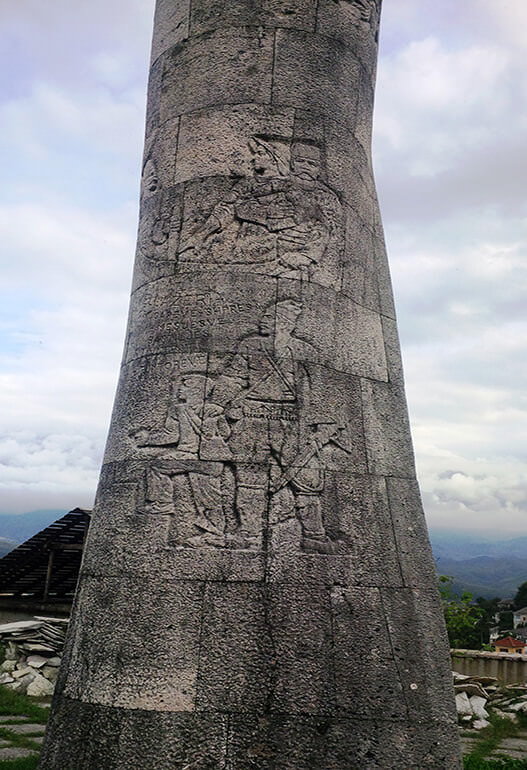 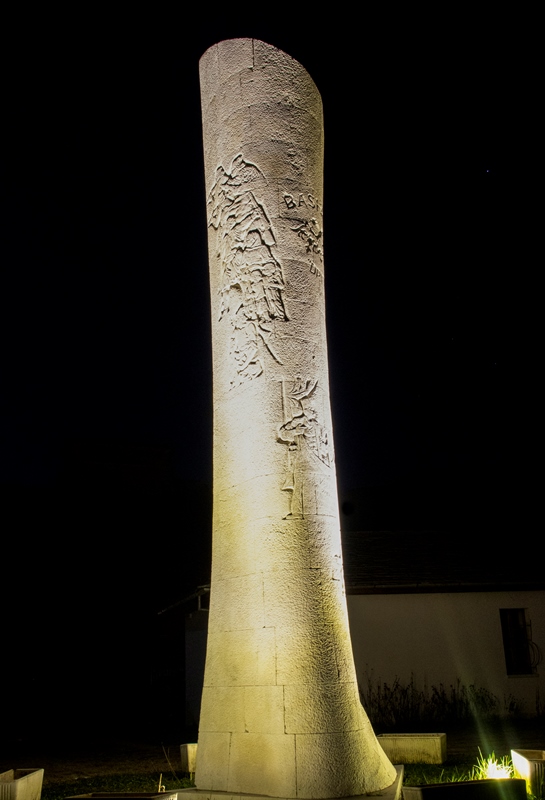 This monument is known as “Mëmëdheu (Motherland) ABC”, and celebrates the Albanian language.  The Obelisk is located in the highest peak of the city of Gjirokastra. From that place you can see all the city and the whole Drinos Valley. The Obelisk monument is built near the site of first Gjirokastra school (in 1908), aims to learn and use the Albanian language under Ottoman occupation and is a symbol for education in Albania. Under Ottoman rule Albanians were not permitted to use their own language in their schools, so this was a very dangerous enterprise at the time, particularly for the teachers who dared to work there.  This is also a place where one of the most remarkable sons of this city, Eqerem Çabej once lived. The obelisk was created by Muntaz Dhrami, Ksenofon Kostaqi, and Stefan Papamihali, who were all awarded the prize “Honour of the City of Gjirokaster” in 2008 for their artistic work for the city. The monument is 7 m high, and is built with hewn stone, from the 124 block stones taken in Lekdush Progonat, which are very resistant toward natural phenomena.
There are breathtaking views of the city from the Obelisk, especially of the old town districts of Varosh (below), Palorto (on the hill to the west) and Dunavat (higher on the hill and toward the south). The monument is now a touristic attraction.

Map of The Obelisk