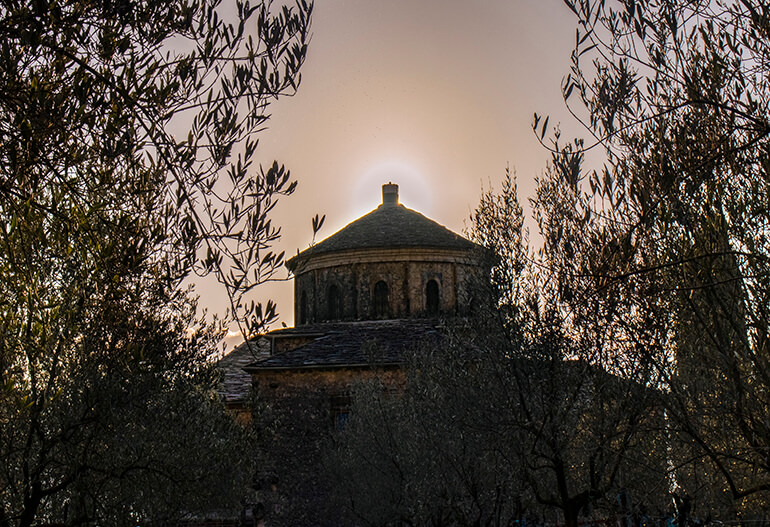 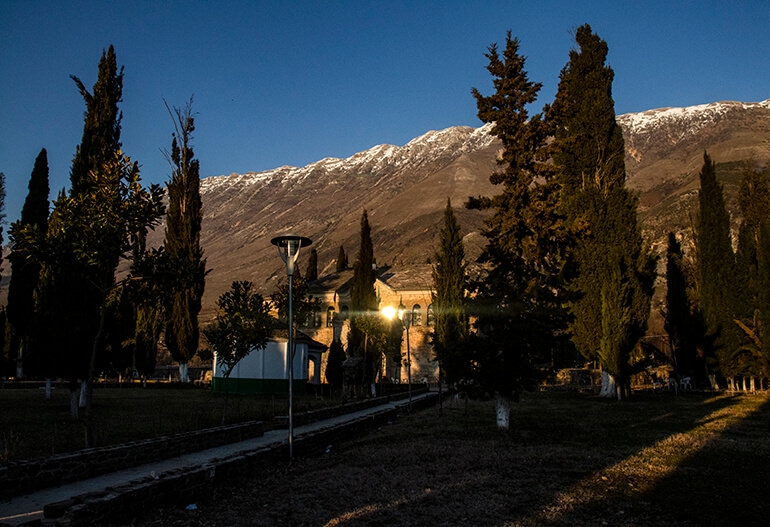 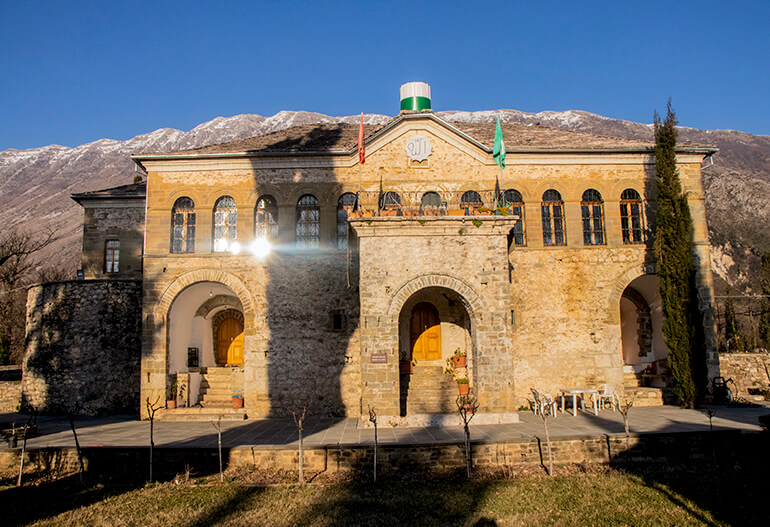 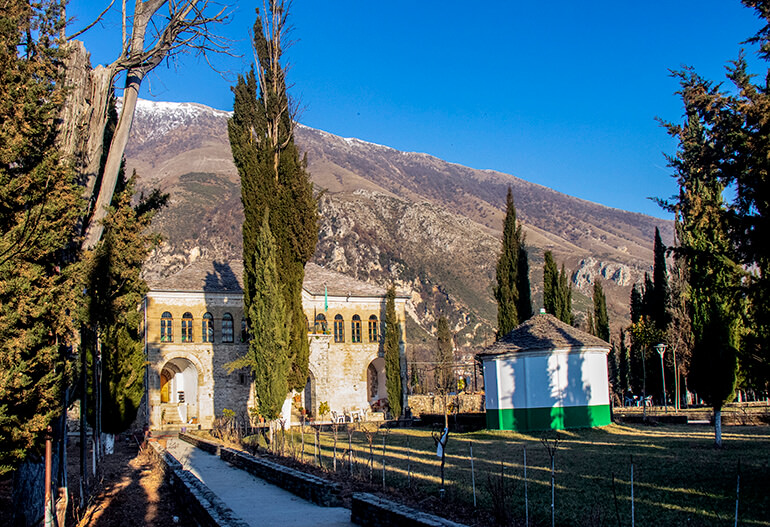 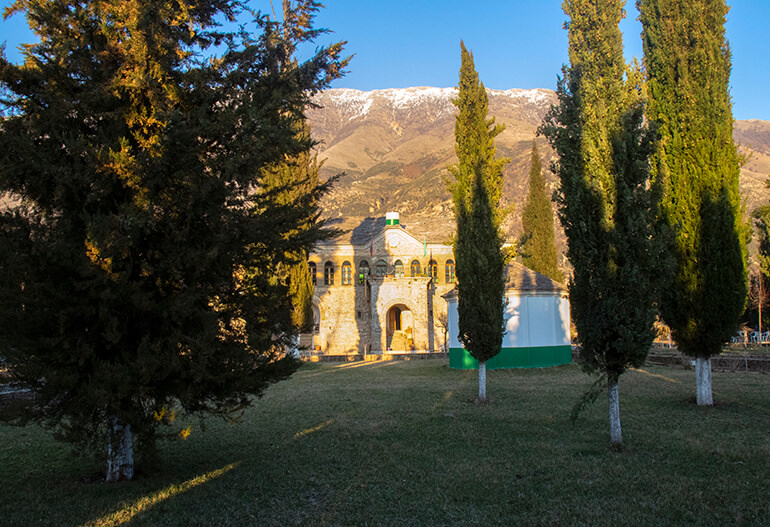 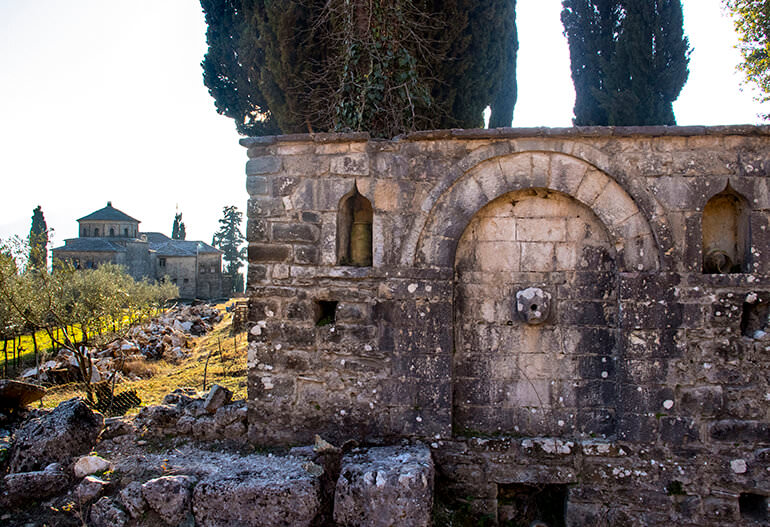 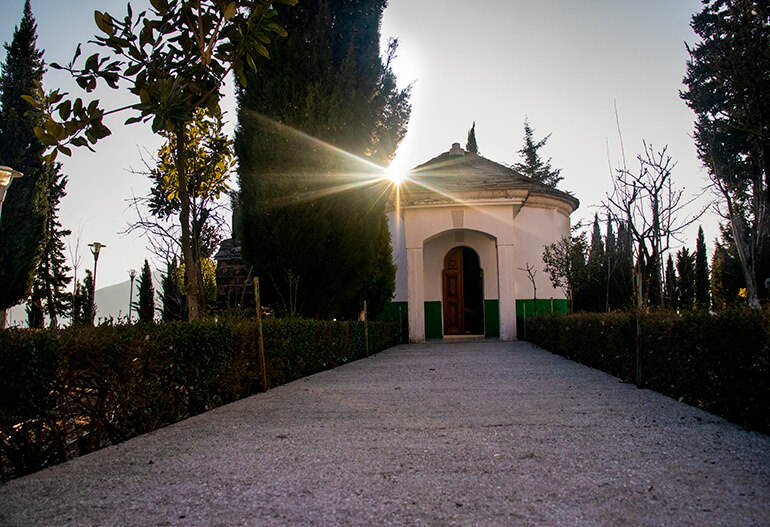 Melan now serves as a religious center for the Bektashi Shia Muslims, but the site has been inhabited since ancient time. A massive wall of polygonal and rectangular blocks encircles the end of the promontory, suggesting an Epirot or Illyrian fortification. The discovery of ceramics from the 4th-century BC also supports this idea. The wall was reconstructed in the 5th or 6th-centuries AD when many of these ancient hilltop sites were refortified as the power of the Roman Empire declined. These may be the remains of Justinianopolis, a 6th-century city for which a definite site hasn’t been confirmed. Melan may also have been a fortified site in the middle ages, as a small single-naved church exists in the undergrowth on the southern side of the fortified enclosure. A cobble-stone road takes visitors up to the Tekke of Melan past a fine Ottoman fountain, the original destination of the aqueduct.

The present Tekke buildings were erected in 1800 by Father Ali from Gjirokastra, whose tomb is in the Turbe in front of the main Tekke structure. The main building consists of a circular prayer hall with annexed rooms and galleries. The façade of the building has a fine upper gallery and the structure is constructed in typical Epirot style with the well-cut stone blocks typical of the area. The current Tekke of Melan was built on top of a previous Bektashi monastery, which was led by Father Hasan. Originally the Tekke was situated on the main route north along the eastern side of the valley. In 1809 Lord Byron passed this way on his journey from Prevesa to visit Ali Pasha at Tepelenë. This road was superseded when Ali Pasha erected a series of bridges and causeways across the low-lying river plain. To get to Melan take the road to Glinë east from the National Road, until you reach the village of Grapsh, 4 km from Glinë.

Map of The Tekke of Melan