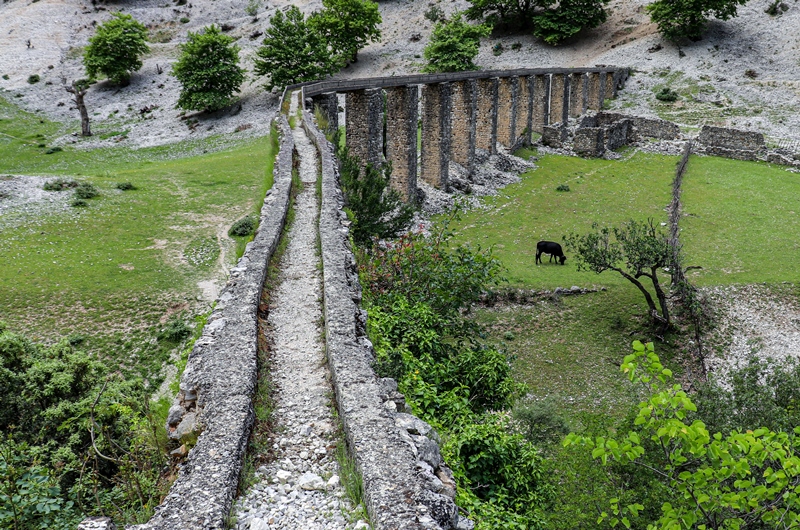 Ali Pashe Tepelena was one most famous Albanian ruler in the years 1700- 1800. Despite his complicated figure in politics, he carried out considerable construction in both Epirus and Albania, including road building, bridges and castles, some of them are still resistant nowadays.

The new roads he built helped the economy and trade among Albanians with other countries. The infrastructure he created gave the possibility to many villages and regions to be developed.

His preferred castles were in Preveza where he stayed longer, but also in his Saraj of the village Karkapullo, close to Ioannina. In Preveza in 1798 he built his Palace which was the most beautiful comparing to all others. He also built castles in Cameria, in Parga, Muzina, Butrinti.

He also built many roads, which was the strongest and most qualitative considering the time. Public taps, navigation and irrigation canals were some of his works too. His orders were to recruit the best masters and best materials for every building or road. Most the works were directed by the famous Albanian architect Petro Korcari.  That is why until today we have very strong castles and bridges from the time of Ali Pashe Tepelena.  He extended his rule within the Ottoman Empire over much of Albania and Macedonia, Epirus, Thessaly, and the Morea. 1803, Ali obtained control of the Gulf of Arta and took the ports of Butrinto, Preveza, and Vonitsa. He also gained control of the pashaliks of Elbasan, Delvino, Berat, and Valona (Vlore).