Memaliaj is a town and a municipality in Gjirokaster, southern Albania. The total population is about 10 657 residents (census 2011), in a total area 372 square km. The small industrial town was established here in 1946 to support the mining activity in the area. In 1990 the production of coal was around 500,000 tons per year. This city was created only because of mine. Many people from other areas came to work in the mining industry, created the family and lived here for many years. During the communism it was really a lively city, with schools, sportive fields. The Vjosa river surrounds the city, bringing the fresh air and balancing the polluted air of the mine. This city become very important for the industry of Albania during the communism. But, after the fall of communism and introduction of a free market economy the mine closed as the town fell into economic stagnation. People left the city and migrated to Greece and other countries. 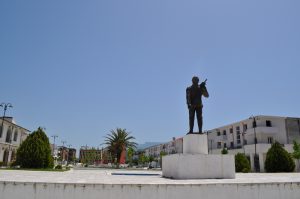 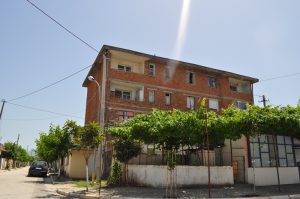 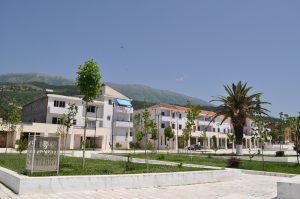 Now the city center is restored but the whole area is abandoned by its resident. It seems like a phantom city. From the national road from Tepelena to Tirana you can spot a grey city with 5 storeys buildings, most of them empty. But when you enter the city, you see a white center, restored lately which is nothing to do with the old city. People remained there are pessimistic about the restarting work of coal mine, which is the main place for employment.

What to see in Memaliaj?

Industrial tourism and communist tour can be interesting for many tourists interested in culture and remains of old regime. The buildings are typical of that time, no modern building added to the city during the transition years. A trip to the old mine with a local guide could be also interesting. You might want to see the Vjosa River, and to pay a visit to some of the following villages such as Luftinje, Buz, Progonat and Krahes. Tepelena is so close and all the attractions we have listed around Tepelena.