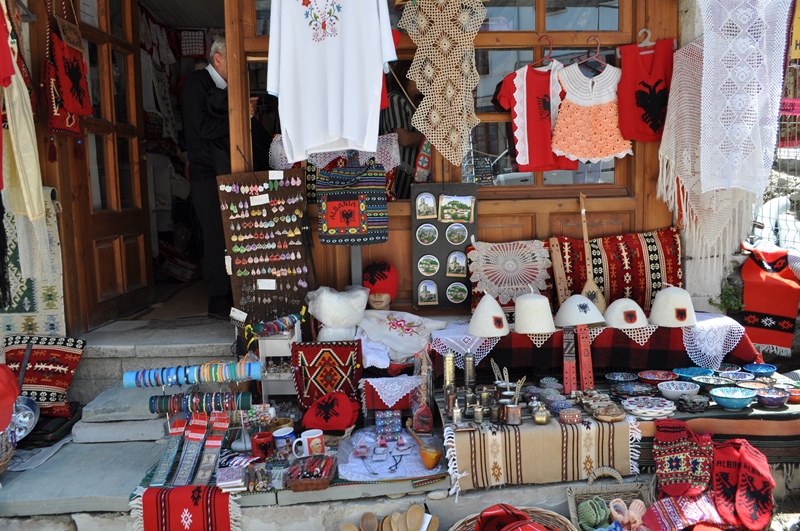 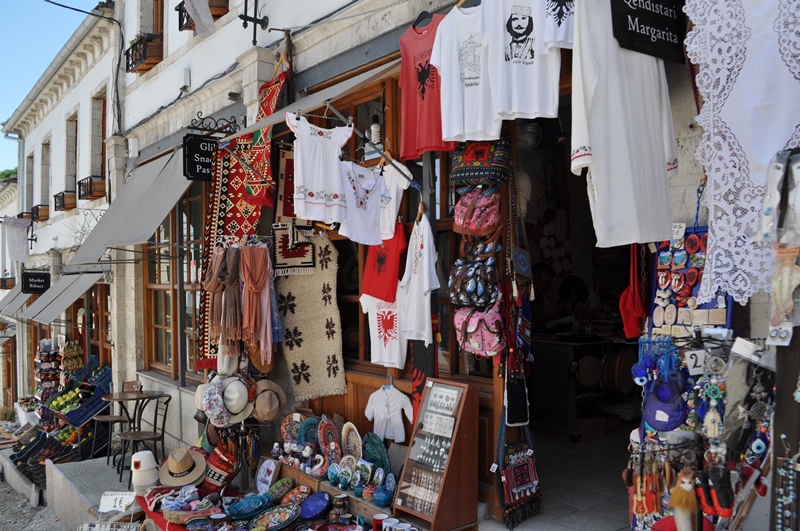 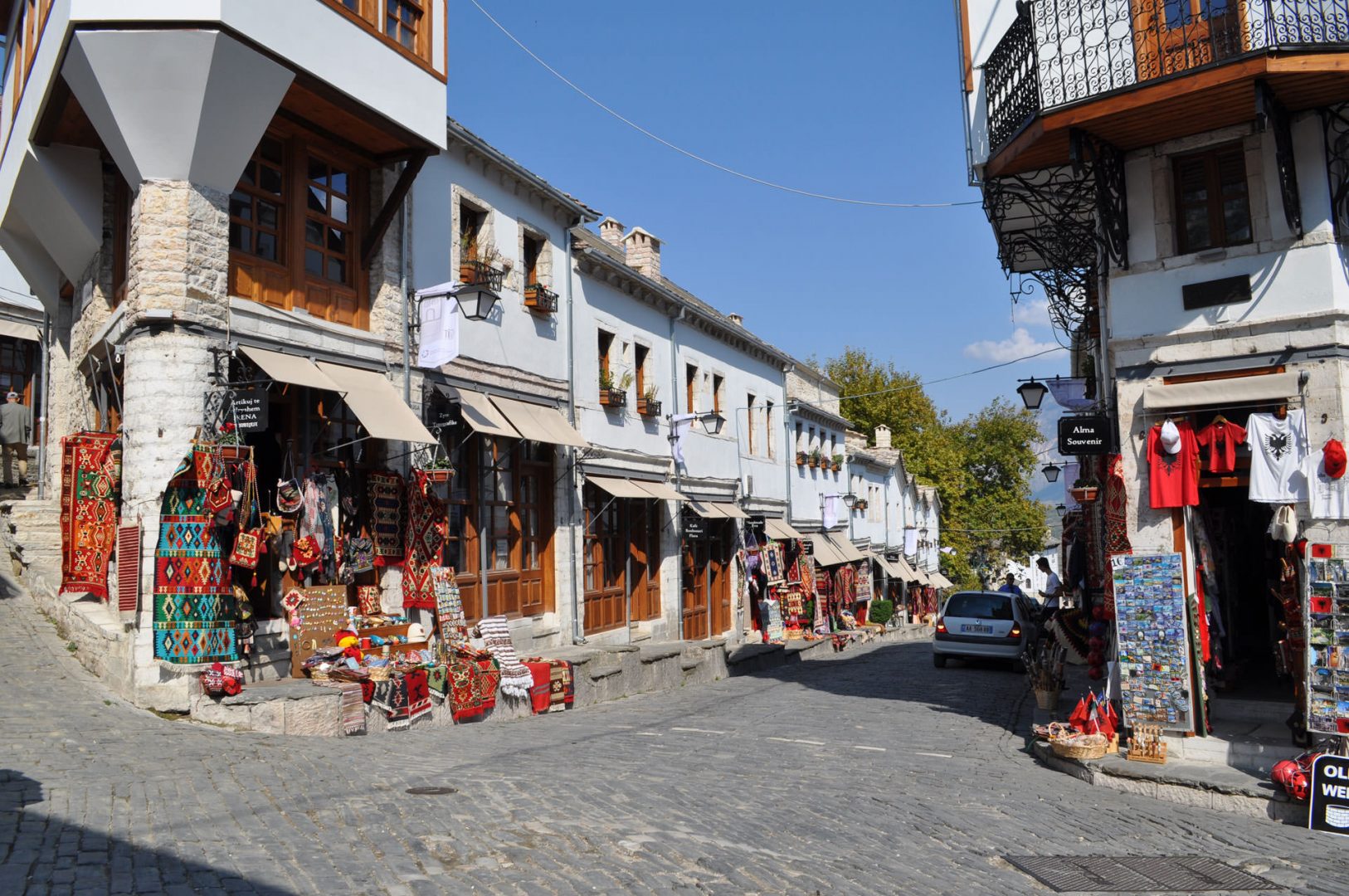 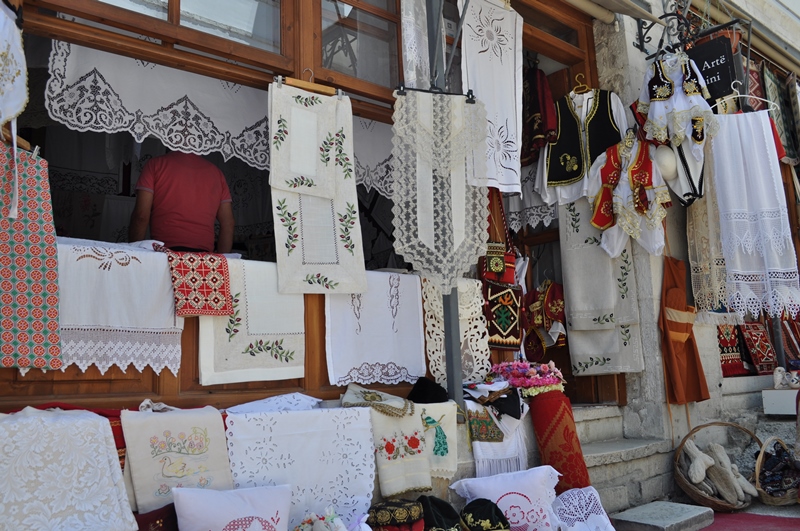 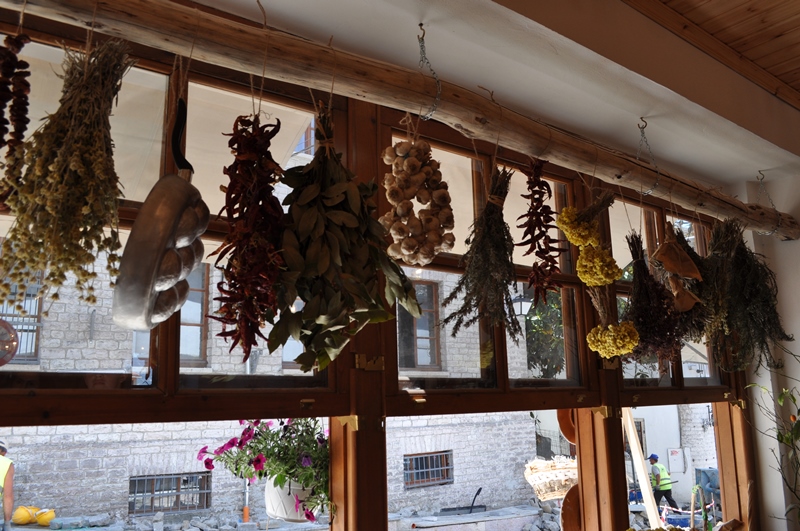 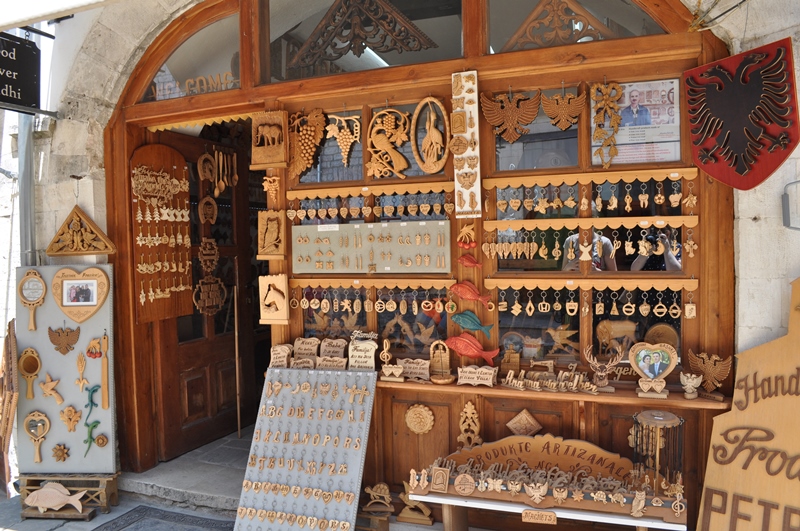 The Old Bazaar in Gjirokastra, called by locals as “Qafa  e Pazarit” makes up the centre of the Old Town. The history of Bazaar dates back in 17th century. In fact there is no much left from that period. The sources says that a destroying fire impacted the old bazaar in 3d quarter of 19th century.

After that, the bazaar was totally rebuilt. That is why the buildings have the same architecture, some 2 and other 3 storey, but very identical from their structure, in all its line. The first floor is the place where artisan worked all the day, and the second floor was used for different purpose in each of them. Some of shops had a back door, used only by the owner. While in front was built a sidewalk for people, which was something rare in other bazaars of the same period.

The architecture of this Bazaar has something similar with the Korca Bazaar, for which the historians think they have been built in the same period (1879) and both restored from a fire. The difference is that it was adapted to the sloping terrain of Gjirokastra and here stands the beauty of this bazaar.

What we have today is preserved in the best way possible. The radial shape is very interesting if you see from above, linking it with many streets in the old city. Now there are still some artisans, working in old way, and people are trying to pass the craftwork to new generation. You can buy in this bazaar many souvenirs, t-shirts, handicrafts, curtains, carpet, and plenty of magnets representing different attractions of Gjirokastra region.