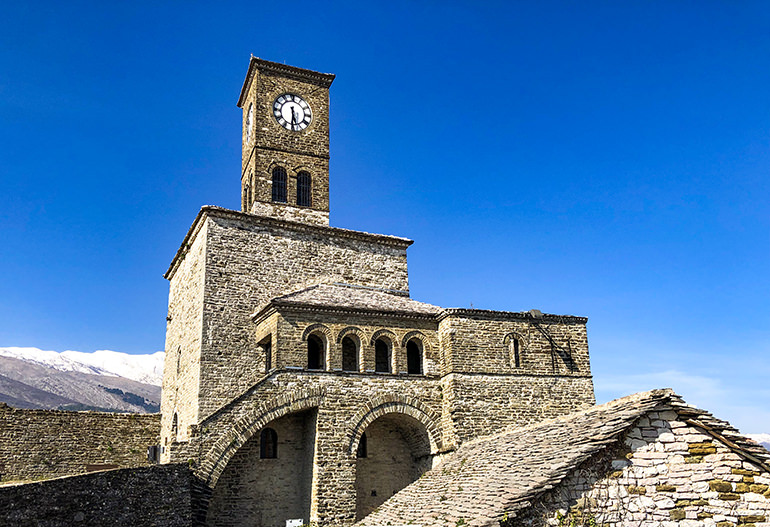 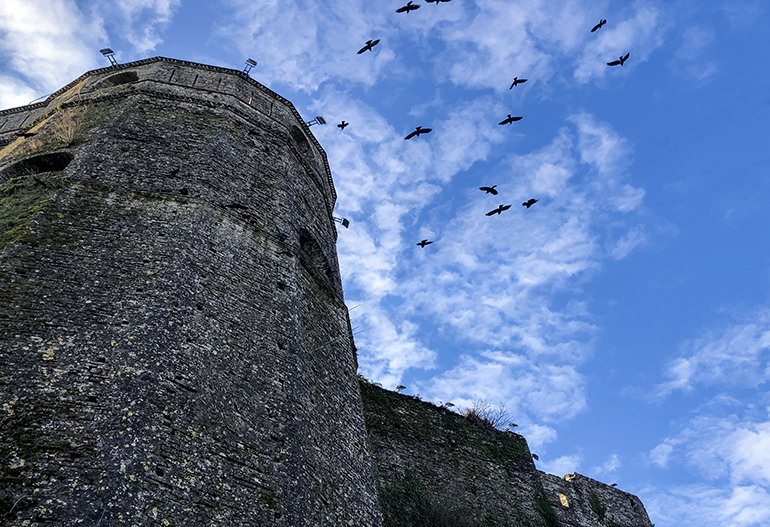 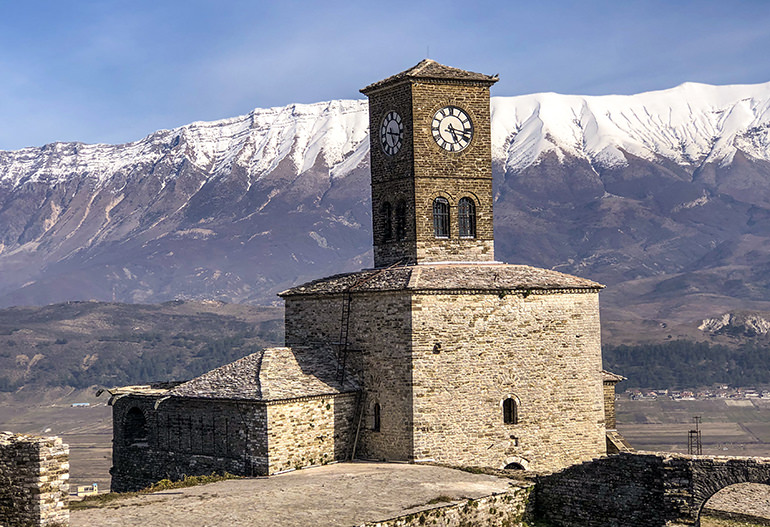 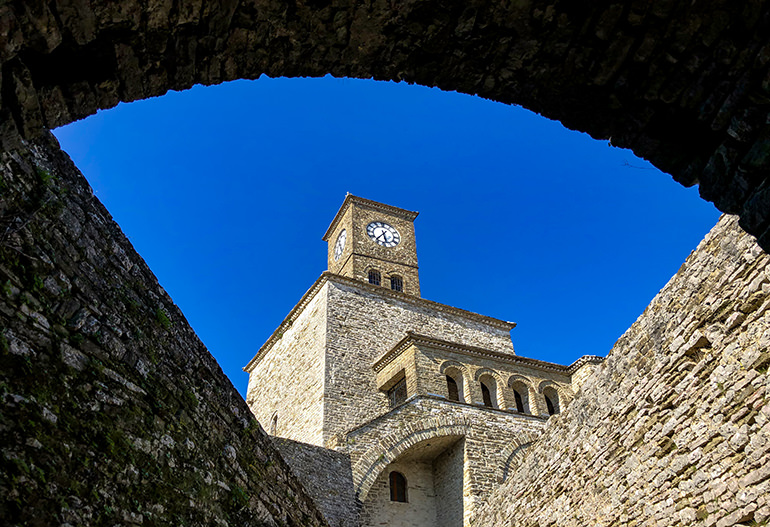 Gjirokastra’s castle is one of the biggest in the Balkans. It is situated on the hilltop overlooking the city, witnessing the history of the whole region across the centuries. The date for building this fortification is still unclear. According to archaeologists, the place had been inhabited since IV-V century.

However the first walls of this citadel were built between 12th -13th centuries. According to historians, the decision to build this fortification came after the fall of Hadrianopolis. Some rich families built the castle to feel safe and protect themselves from the war. Then gradually many other families populated it.

J.Kantakuzeni mentioned the name of Gjirokastra for the first time in a document in 1336 (History of Albania 1959). In this document he describes a revolt of Arberi people against Byzantine empire in a city called “Argyrokastron’. In 1419 the ottoman empire occupied the castle and the city. What we see today from the castle dates back in early 19th century. It extends across the 1100-foot-high hillside, like a giant ship made of stone. The name Argyro is linked with the legend of a princess who jumped from a cliff with her little child to escape from ottomans. Soldiers used the castle as a shelter during ottoman empire. However in the period of Ali Pashe Tepelena the castle was reconstructed and expanded in the size it is today.

Petro Korçari, the well-known master, directed the work process . During that time were built 7 towers, some of them 30m high. The work and materials were very qualitative. The castle is still in a good shape. During communism, the castle remained in shadow due to its use as a prison. The prison is now part of the Museum of the Castle, which includes a collections of arms during WWI and WWII, the prison, and a new pavijon of the history of Gjirokastra.

Inside the castle you can see the Clock Tower, a Festival scene, the Castle’s Museum and a superb views over the valley. The castle grounds also house a recovered US Air Force jet with an interesting backstory as to how it got here. Some rumors say that Albanian forces downed the jet during Cold War (1957). Others say that the plane was an American spy jet and was forced to land in Rinas Airport during December 957 after developing mechanical problems and flying off course. The pilot returned to US. The plane now is in the Museum of Arms in Gjirokastra and for a long time has been considered  as an American spy plane. This now sounds ridiculous, because of very good relations between Albania and US

The entrance for the castle is 400 ALL/4 euro

The entrance for groups is 300 ALL