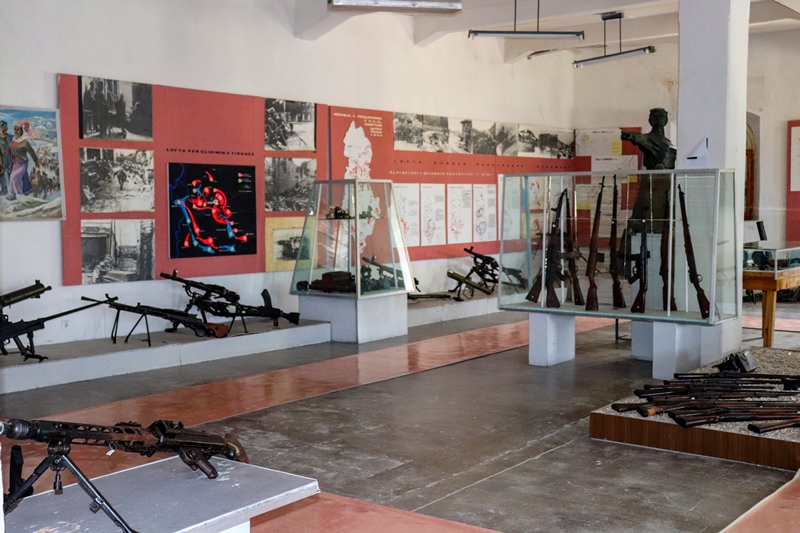 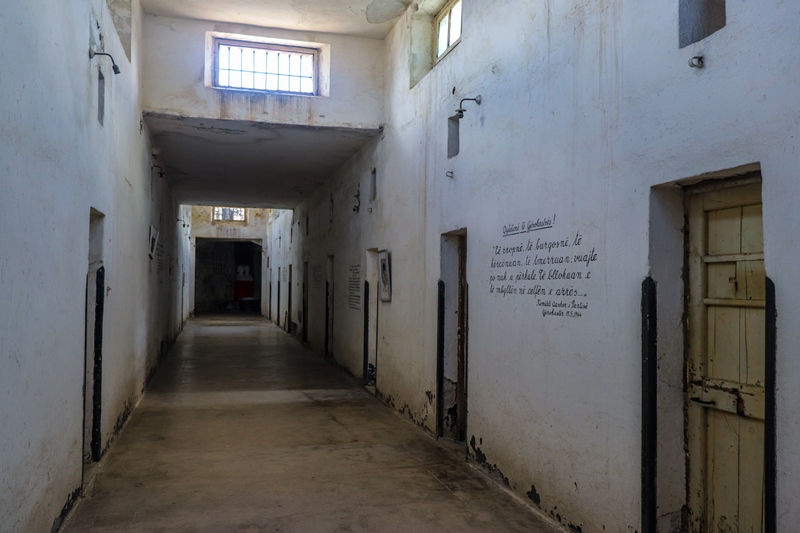 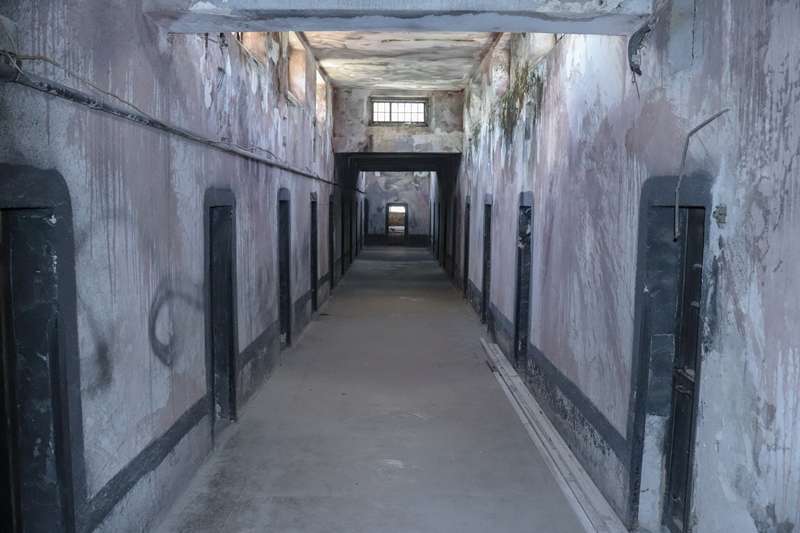 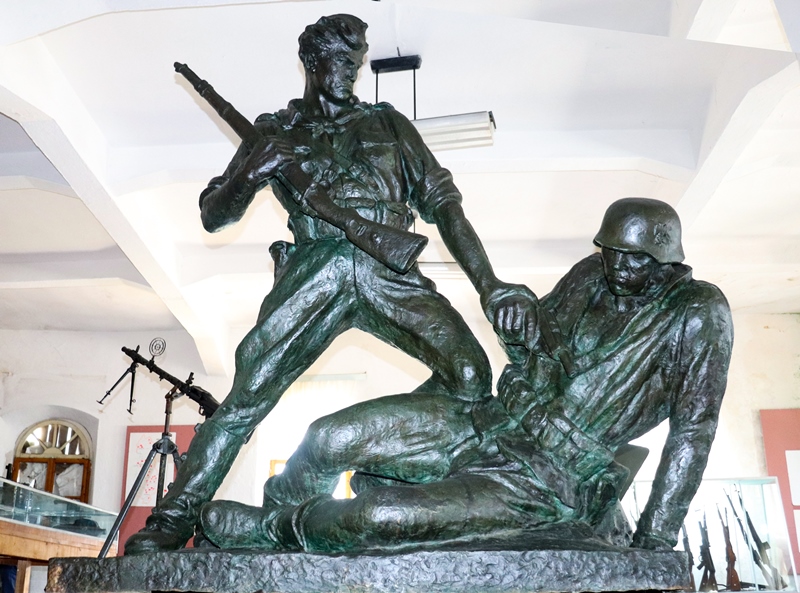 The Arms Museum and former prison, together with the Museum of Gjirokastra, are located inside the castle. They all together are considered as one Museum, the Museum of the Castle. The fee for entrance is 200 Albanian leke and you can see all these pavilions.
Originally opened in 1971, the National Museum of Armaments occupies a part of the prison where prisoners were re-educated. Completed in 1932, the prison was commissioned by Albania’s King Zog, and constructed by Italians. It looks quite different from the rest of the castle. The stones were taken from the aqueduct that Ali Pasha had built (check out the Ali Pasha “Bridge”). During WWII, the prison was used by the Italian and German occupation forces. After the war the communists expanded the prison and used it to hold political prisoners. Locals say that the regime used the prison yard for executions. The prison was closed in 1968, and then part of it was developed as a museum by the communist regime. The writings on the wall are from journals and letters of communists and activists who were imprisoned here under King Zog, during WWII by the Italian and German occupation forces. None of the writings mention the communist regime.

The Arms Museum now displays Albanian arms from independence in 1912 to the end of World War II. Most of the museum is dedicated to the Partisan struggle against the Italian and German occupation forces from 1939 to 1944.

Map of National Museum of Armaments