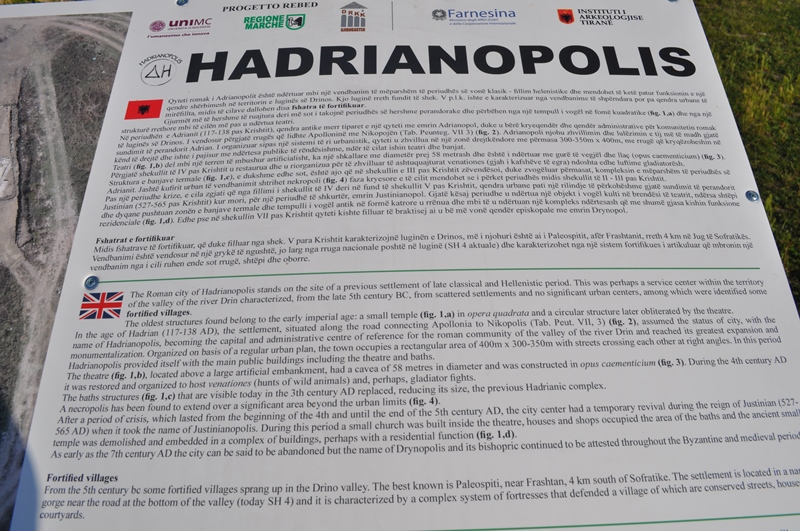 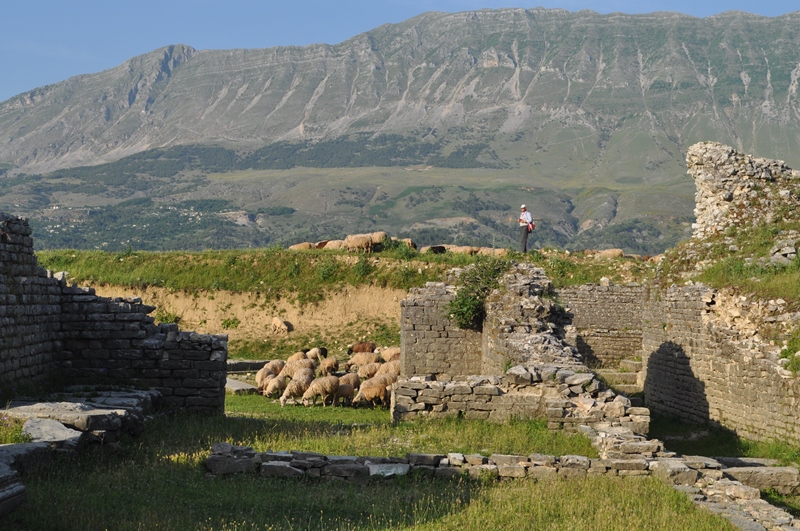 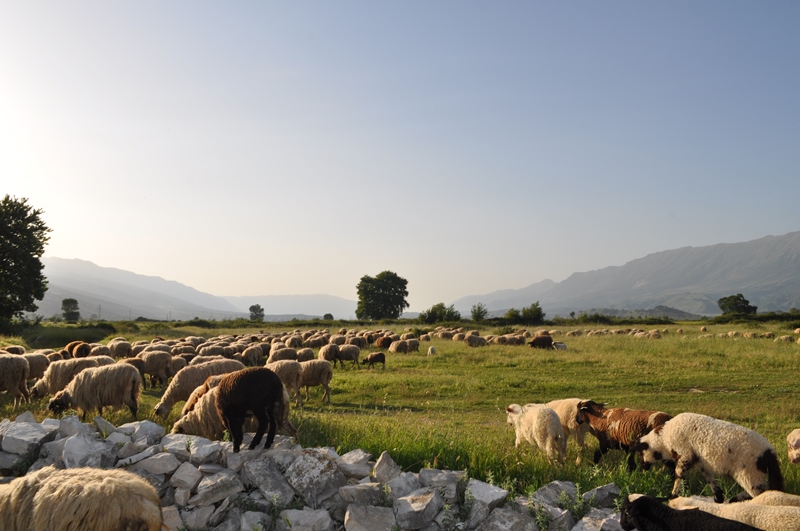 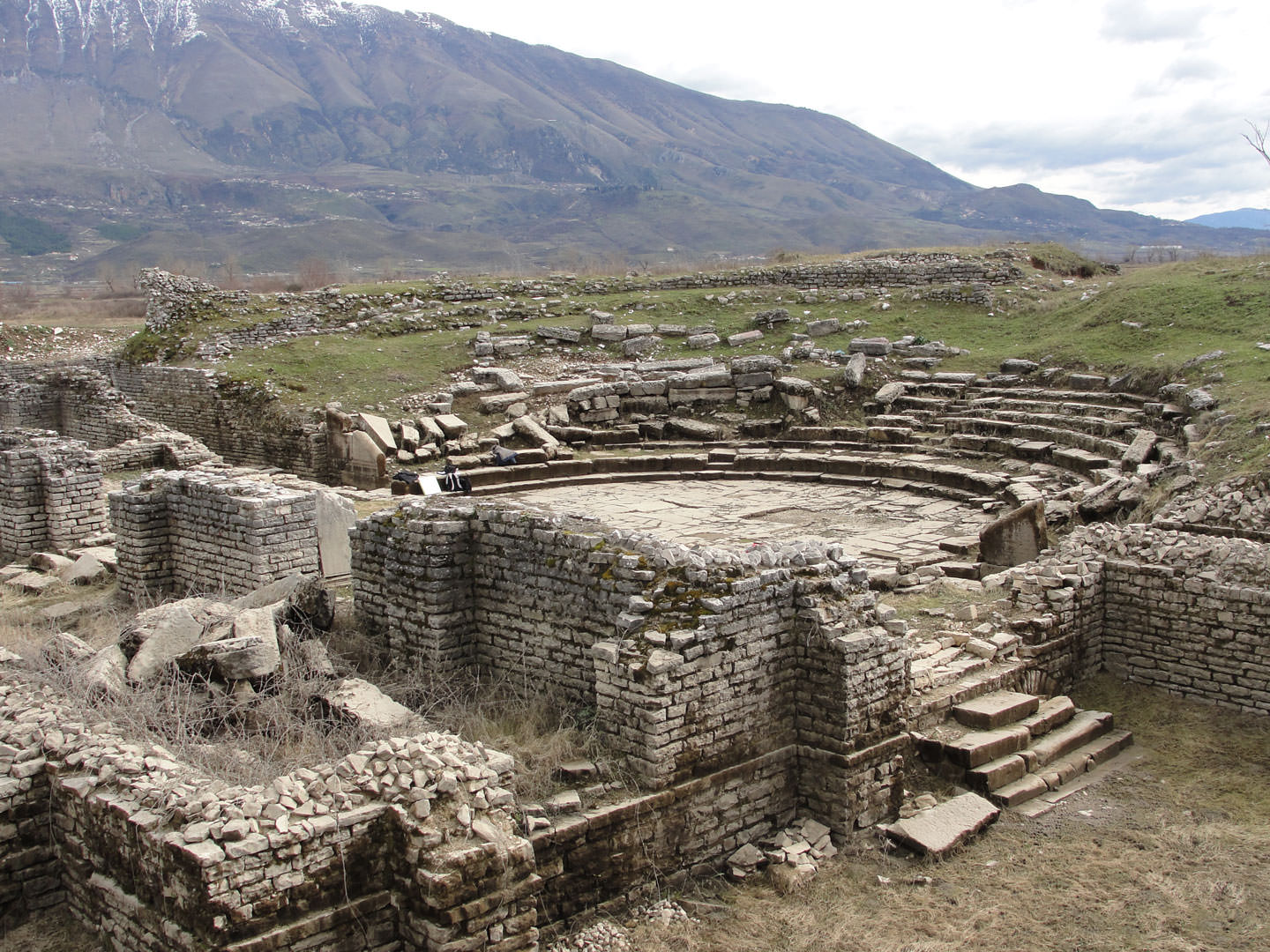 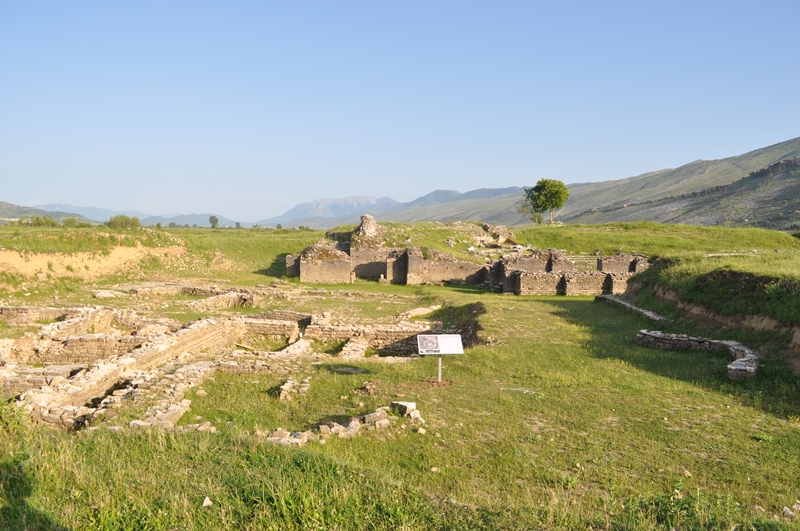 The roman city of Hadrianopolis

Hadrianopoli stands on the site of a previous settlement of late classical and Hellenistic period. This was perhaps a service center within the territory of the valley of the river Drinos. Its characteristics were scattered settlements and no significant urban centres, among which some fortified villages. The oldest structures found belong to the early imperial age: a small temple in opera quadrata and a circular structure later obliterated by the theatre.

In the age of Adrian, (117-138AD) the settlement situated along the road connecting Apollonia to Nikopolis, assumed the status of the city with the name of Hadrianopoli, becoming the capital and administrative centre of reference for the roman community of the valley of the river Drin. The city reached its greatest expansion and monumentalization. Organized on basis of a regular urban plan, the town occupies a rectangular area of 400 m x 300-350 m with streets crossing each other at right angles. In this period Hadrianopolis provided itself with the main public buildings including the theatre and baths.

The theatre located above a large artificial embankment had a cavea of 58 metres in diameter constructed with opus caementicium. During the 4th century AD, they restored the theatre and organized it to host venationes (hints of wild animals) and perhaps, gladiator fights. The baths structures, visible even today in the 3th century AD replaced, reducing its size the previous Adrianic complex.

A necropolis has been found to extend over a significant area beyond the urban limits. After a period of crisis, which lasted from the beginning of 4th and until the end of 5th century AD, the city center had a temporary revival during the reign of Justinian 527-565 AD, when it took the name of Justinianopolis.

During this period they built a small church inside the theatre. Houses and shops occupied the area of the baths. They demolished the ancient small temple and embedded it in a complex of buildings, perhaps with a residential function. They abbandoned the city during the early 7th century AD, . However the name of Drynopolis and its bishopric continued to attest through the Byzantine and medieval periods.
No ticket needed to visit this place. Please leave nothing behind, but your footprints. No littering.