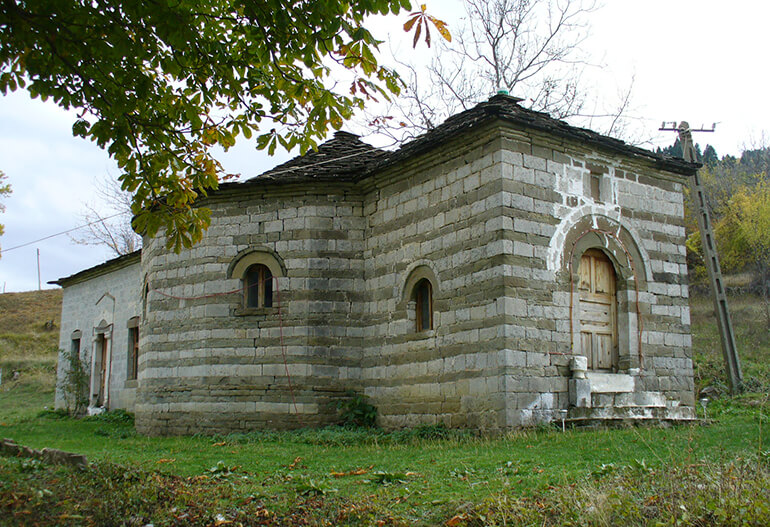 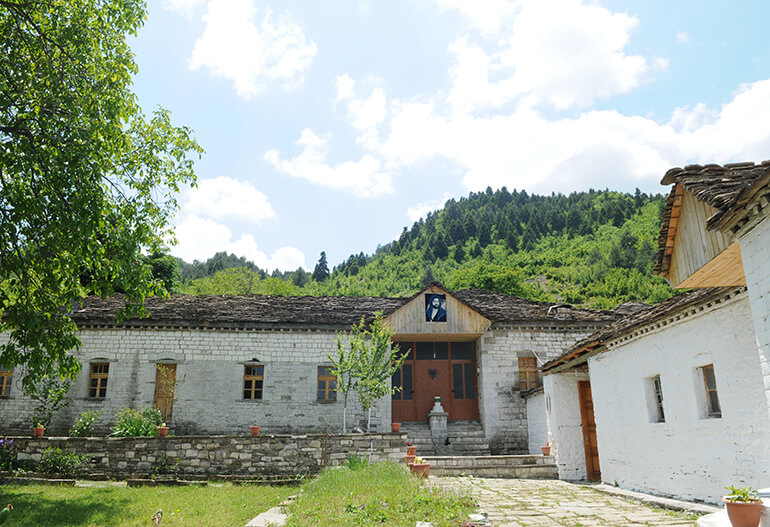 The Tekke of Frashër is a cultural and historic monument well-known throughout Albania. It is situated in Frasher village.  The tekke consists of two separate buildings, which are connected by a wall. The top building forms the letter “L,” and has three spaces: the “Fireplace Cafe”, “Ashefi”, and “Bakery,” while the lower building is partly two-story and houses the Mejdani, the holy place where religious ceremonies took place and Bektashi schools (opened by Baba Nasibiu in years 1781-1785) taught Turkish, Persian, and possibly Arabic as a foreign language. The Tekke of Frashër was built in 1781 by Sulejman Beu of Frashër. This tekke served as a center for Albanian nationalism. The brothers Abdyl Naim and Sami Frasheri we are considered the founding fathers of Albania, received their first training in this Bektashi Tekke. In this tekke on 30 may 1878 was held the significant meeting of the Albanian Committee of Janina. The tekke served as a meeting place during the entire time of the committee of Janina.

Now it is a place of pilgrimage among the local population. in 1909-1910 the places was used to teach Albanian language. in 1914 it was destroyed. But with the help of diaspora it was restored  in 1923, while in 1942 it became the Bektaschi headquarter for Permet. The tyrbe was destroyed in 1967 by communist regime. The tekke is a national cultural monument since 1963.

Map of TEKKE OF FRASHËR