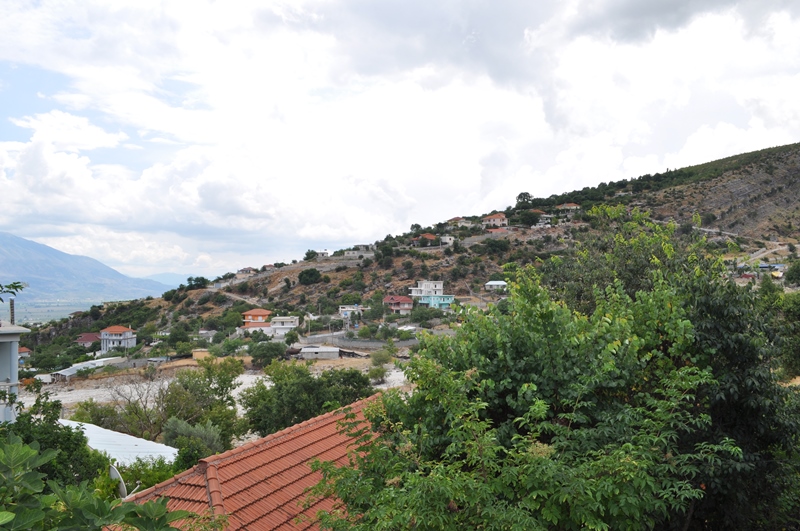 Lazarat is a village with a long and ancient story. It has been inhabited since the Illyrian-roman times  (30 000 year BC).  It is the biggest village in Albania (4000ha)  and is situated in the eastern slope of Mali i Gjerw, between Gjirokastra and Dropull area. It is 3 km far from Gjirokastra, very close to Sopoti Gorge. The origin of the name is linked to the Lazar, a known old Albanian name. In some documents it is registered sometimes with the name Sopot, or with Manastir, and in XVI-XVII with the name Lazërat.  According to statistics the village has 200 houses in 1945, and 1200 residents, while today there are 750 houses. Lazarat municipality include two villages: Lazarat and Kordhocë, 922 families  (3450 residents) live in the whole municipality.

Due to its mountainous terrain, there is not much fertile soil, but they have livestock which is the main source for feeding their families. From the other hand the mountainous rocks created the possibilities for planting medicinal plants who don’t want much water. Lazarati people preserved the traditions and language in centuries, they stand as Albanian village in the heart of minority area. They have been patriots and good fighter. They fought with Ali Pasha to protect Janina from  Turkish soldiers. The first Albanian school opened in 1908. Then the Lazarati people fought against nazi during the liberation war of Albanians. After the liberation, Lazarati people turned to their land and worked so hard. During those years the population of the village was doubled.  The question is that how come this village become so big, until a drug story unveils the last decade? They are very furious with the media and politicians. They all think that the Lazarati people and village was badly used and is a victim in all that story. The village was selected from people with power in Tirana, to be a good place for planting drugs. The investment was huge and people of Lazarati doesn’t have that money: they were just invited to work hardly for a small payment. All the profits went to drug barons in Tirana and everywhere else. They don’t accept that this was their fault. How come the state could tolerate this thing. How come some drug barons come to a village, plant everywhere drugs, built 5 laboratories to dry and package all the product and transport it outside the country. The barons escaped, the village was liberated and the village was left behind poor, without any alternative for development, without water, and with a negative image.

Today the old houses with characteristic stones are abandoned in north of the village, and all the people have built  the houses down the field to have more acess to the water. The village is among 100 touristic villages selected by governemtn, but until today they said that nothing has been done for the village. There are some tourists coming on their own, after reading the story of the drug and fights between people and police. They want just to see the place and to link what they read with the original place. But they found nothing, because the village is now almost empty, and people are taking care for their livestock and for their houses. They want only one thing: a big depot as collection point for medicinal herbs which are growing massively in the mountains around village. They need even expertise to apply for agriculture funds, since they haven’t profit anything. They feel betrayed from politicians and media. They don’t want any official or journalist to come to their village, but if you go as a tourist or as a guest, you are more than welcoming. They need to feel the warm hand of Albanian institutions and more attention from other Albanians. We are the same people.