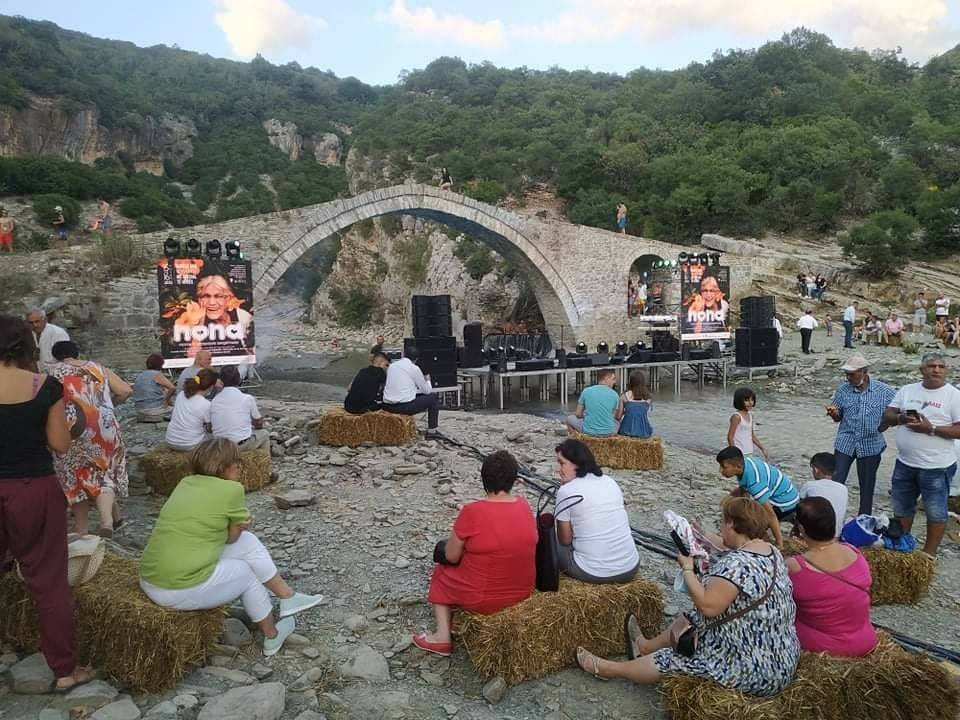 Concerts at Thermal Waters of Benja

Although during the pandemic all events were canceled in Albania, in Përmet a new way was found to attract cultural life in areas with a large space and frequented by tourists. Two concerts in open space took place this summer in the thermal waters of Bënjë. The first was on July 16 and was a […] 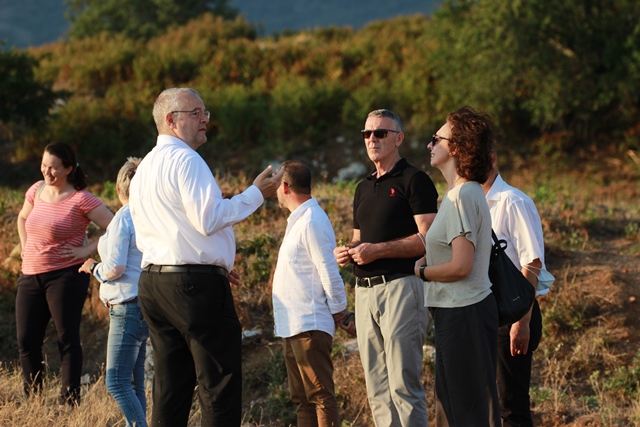 Swiss ambassador to Tirana Adrian Maitre  visited Gjirokastra with his family on 23th July. Visit Gjirokastra association welcomed Mr Ambassador and presented all the work the association is doing to organize all tourism stakeholders of Gjirokastra region under one umbrella and to cooperate together for the best of this tourist destination.  They informed ambassador about […] 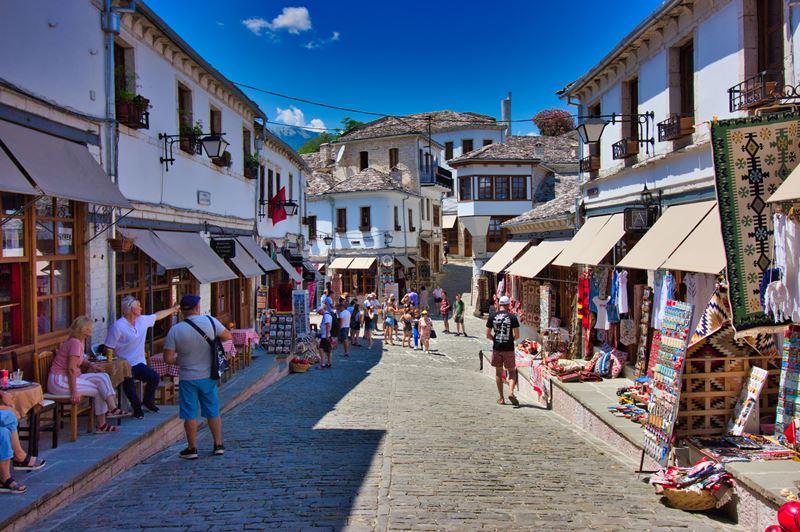 Gjirokastra was declared a museum city in 1961 during the communist regime. It was good decision to preserve what is left in the city from the wars, invaders, and from degradation in years and decades. There were some restoration, the stone mosaics and some renovation in the bazaar, the castle, ethnographic museum. But the city […] 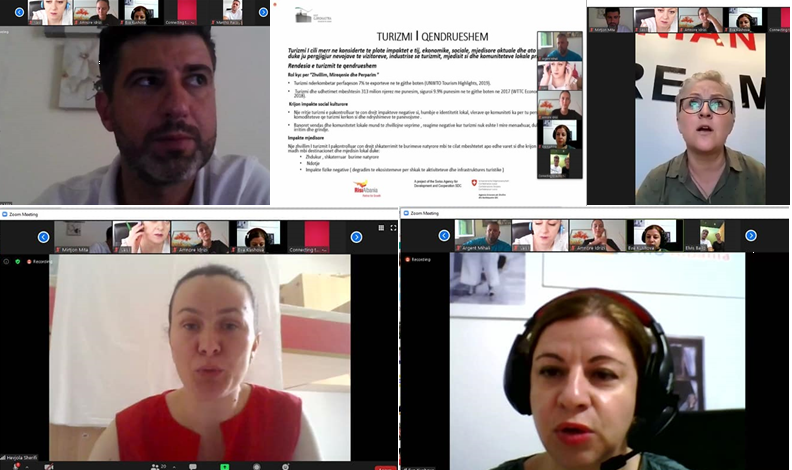 Can Gjirokastra be a model of sustainable tourism destination?  This was the topic of a webinar organized by Visit-Gjirokastra association, with the support of RisiAlbania. The webinar aim was to introduce the criteria of Global Sustainable Tourism Council – GSTC and how these standards can be implemented in Albanian destinations, or tourism business such as […] 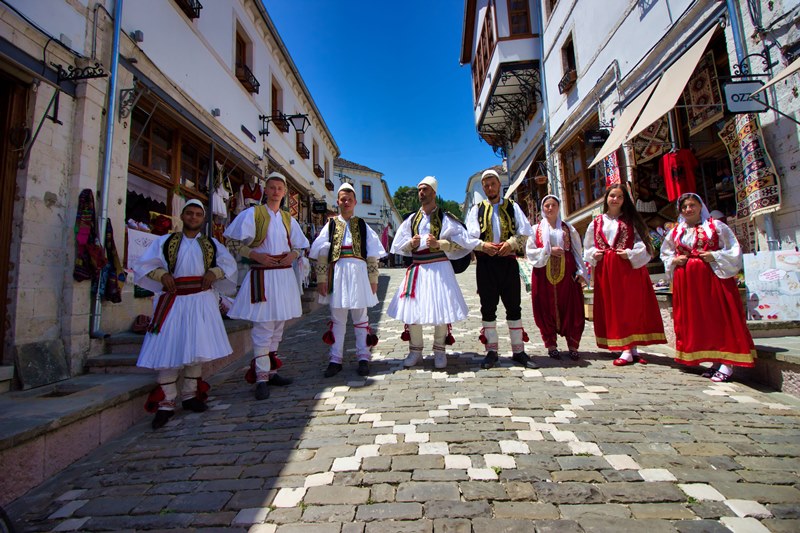 Tourism this year experienced an unusual stalemate, due to COVID 19 and as a result the only hope for tourism businesses was the domestic tourism. Many initiatives were launched throughout Albania by destination management organizations and tour operators, while Visit Gjirokastra, as a tourism management association in Gjirokastra Region became a partner of the #RriNeAlbania […] 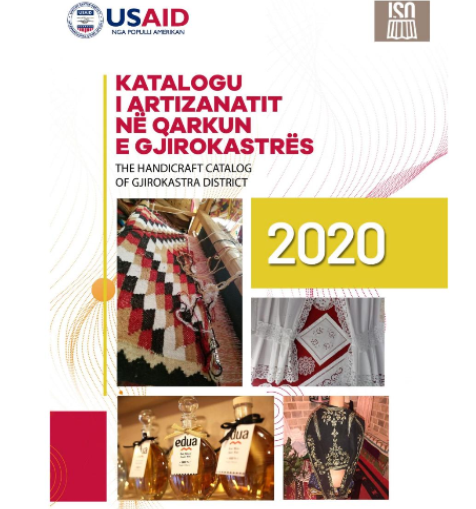 The handicraft catalog for Gjirokastra district

The handicraft catalog for Gjirokastra region is available now, in two languages, and contains information for 49 women in Gjirokastra, who are working as artisans for many years, preserving tradition and cultural heritage. They have done this work not for profit, but initially to keep alive all the mastery of their parents and to transmit […] 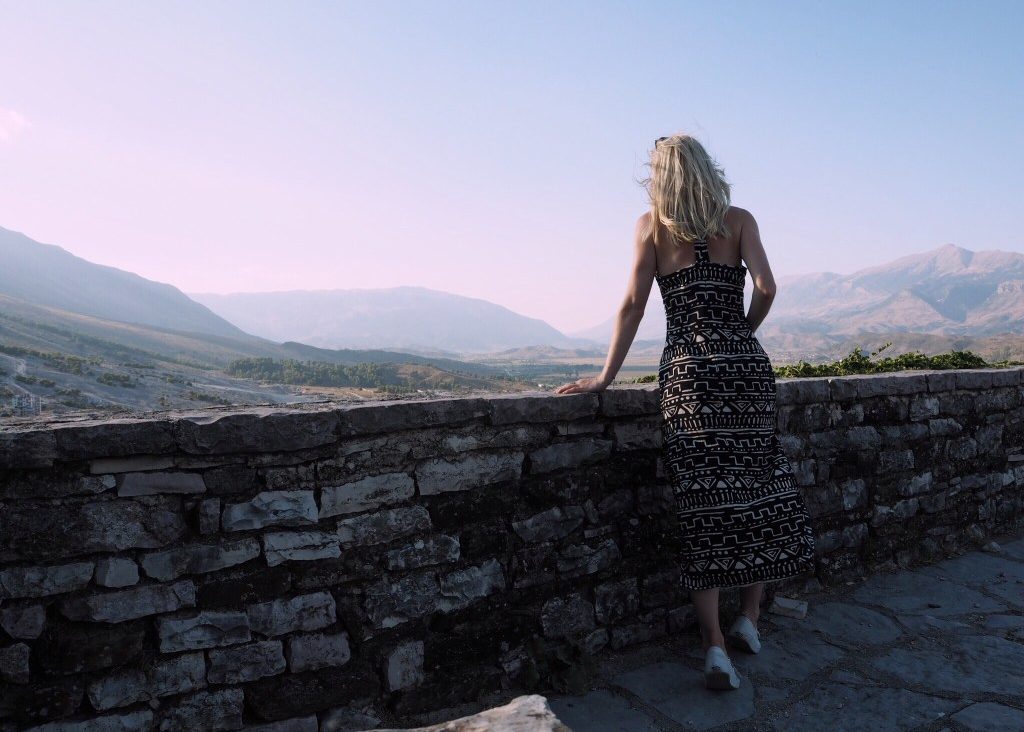 The city of Gjirokastra, Albania is one of the most magical places I have ever been. All research that I’d done prior to my arrival in Albania, was that many a person makes a day trip from Sarandë to Gjirokastra; but not so many opt to stay overnight in the mountain city. And I am […] 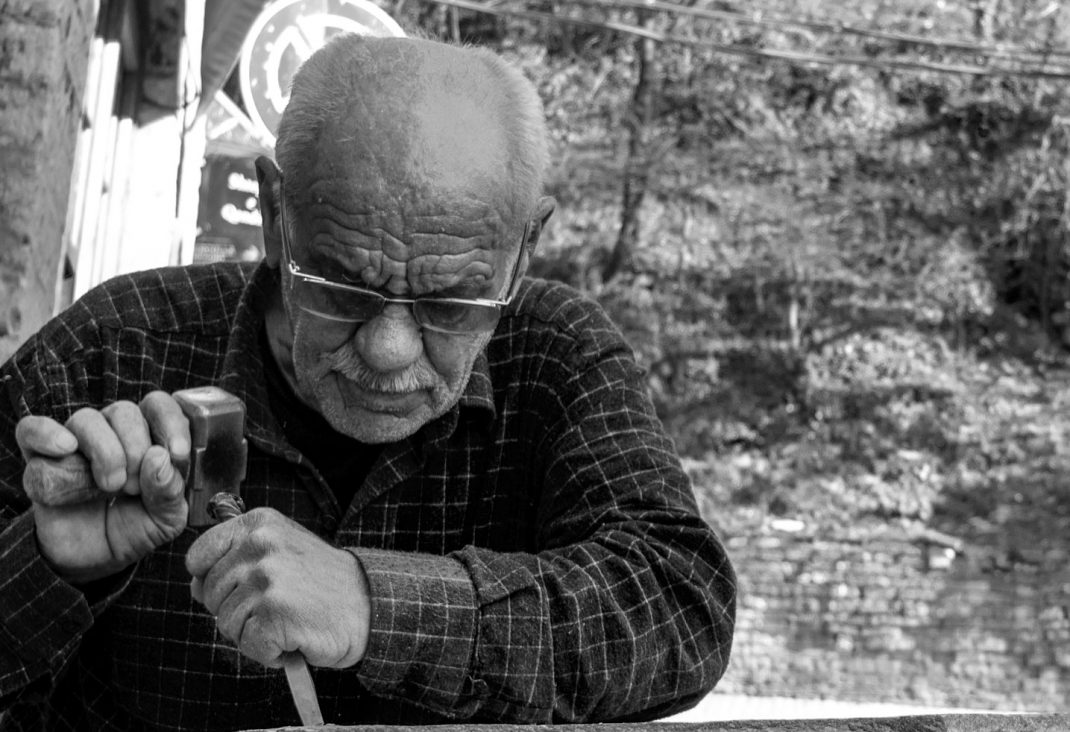 The master of stone, Mr Makri is over 70 years old, but still working in the Neck of Bazaar. It is amazing to see such a great art works, very elegant, produces by the hardest material of nature, by stone. You can find in his shop some portraits of well-known Albanian figures such as Ismail [...]
Posted In: ArtisansGjirokastra artisansvisit gjirokastra 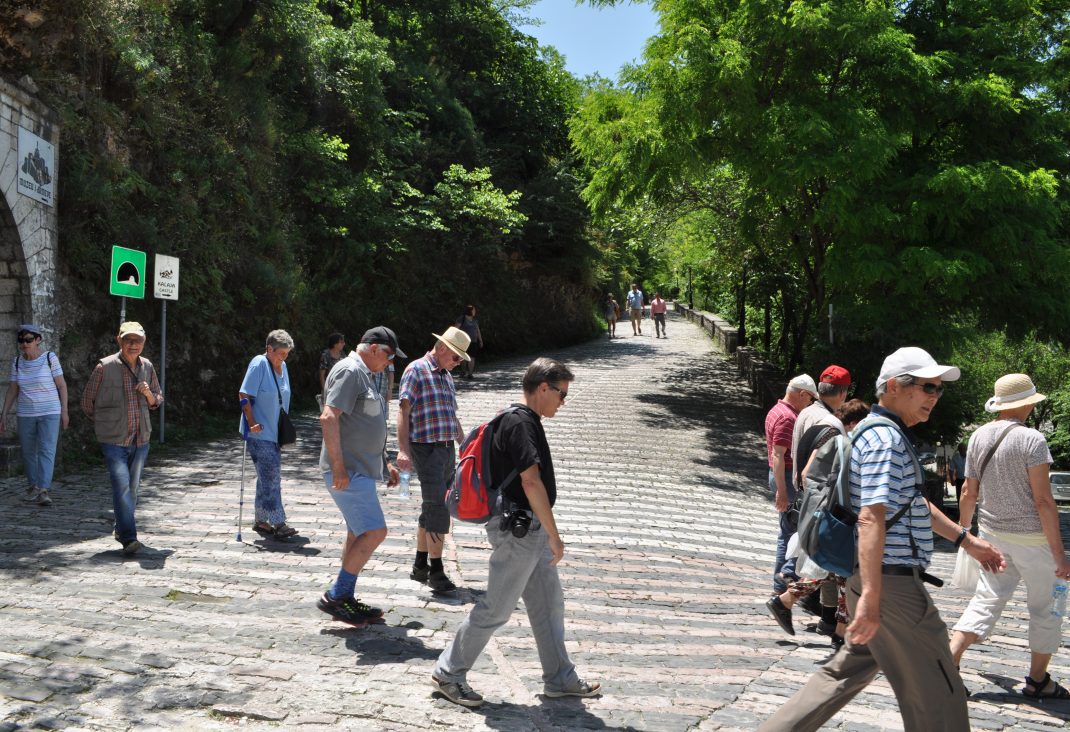 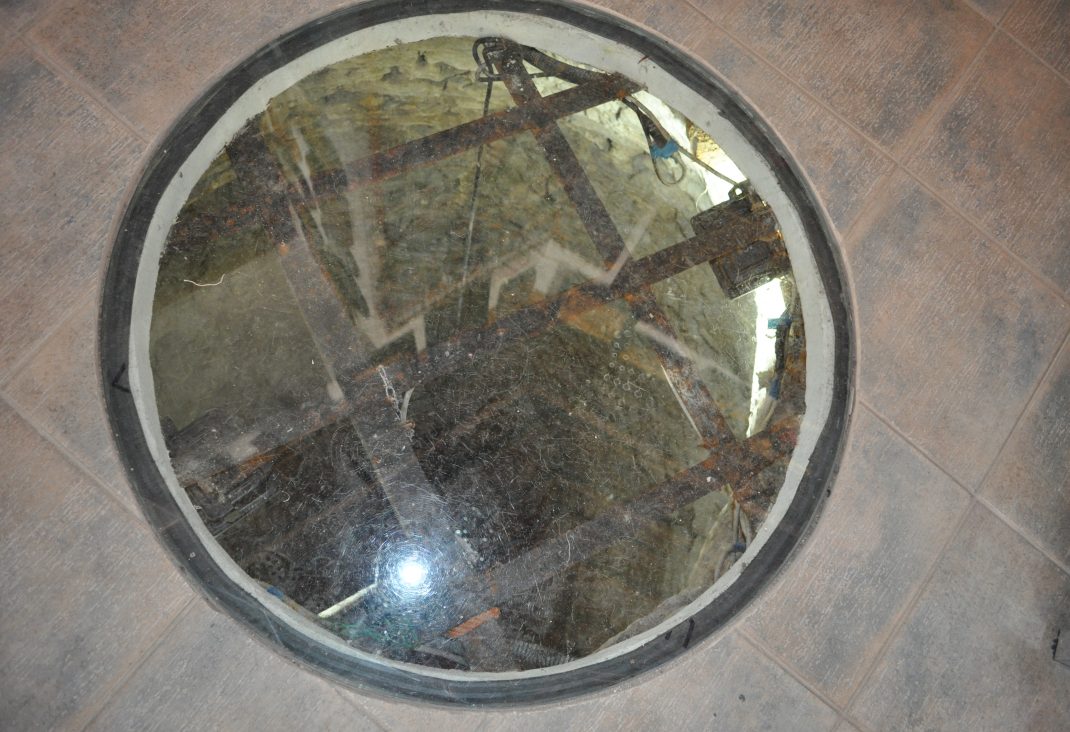 If you dig under the stone streets of Gjirokastra you will find treasures. When Gjirokastra was declared a museum city by the communist regime in 1961, a large number of specialists, as well as volunteers and children, committed to maintaining the city and paving the cobblestone streets. During these works many underground objects or tunnels […]